Oh my, what a year 2013 has been for me and The Breakfast Ball. The year didn’t start off the way it would have liked it to but for completely deconstructing my golf swing and starting from scratch with a new swing coach I knew that the begging of the year was going to be a bit of a train wreck. With some hard work and determination though I’ve been able to right the ship and show some very good progress as I continue my goal to becoming a better player.

I did get to play some pretty amazing golf courses this year, which you see as you scroll down, but had it not been for my work with Wade, I more than likely would have played some pretty bad golf and not enjoyed myself as much as I did. I cannot wait to continue working with Wade and this year we’re going to take on a few swing faults that hopefully can get me down to the low 80’s and who knows maybe put up a number in the 70’s!

I have to say one of the many highlights of my 2013 season was getting to cross off a bunch of courses on my Bucket List. 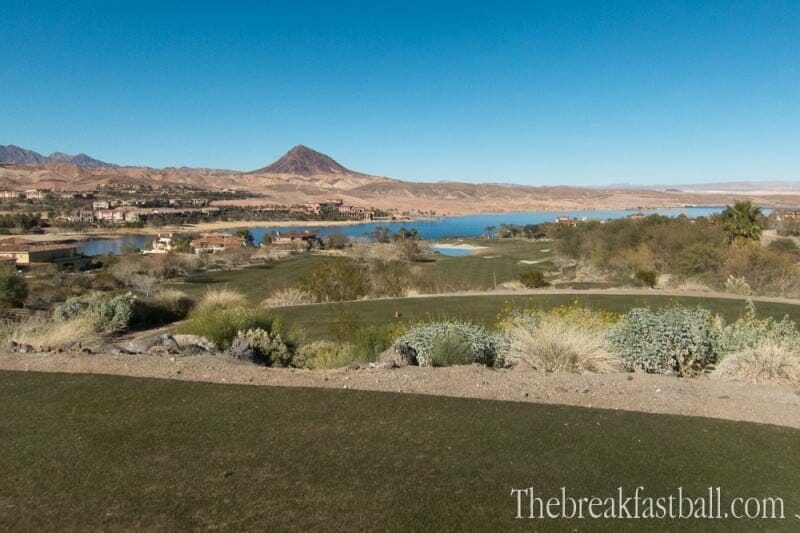 It started early in 2013 when my friend Andrew came out for a little reprieve from the freezing temps of the Midwest. The crappy part was he was greeting by the freezing temps of the desert in January. We played two rounds, one at South Shore and the other at Spanish Trail, and froze our butts off. The temps were bad but the golf was great and it was fun to play a few great courses with a good friend.

A Birthday to remember

Well, what was supposed to be the ultimate buddies’ trip to Pebble Beach to celebrate my 40th turned out to be a great couple of rounds with a really good friend at some amazing courses. 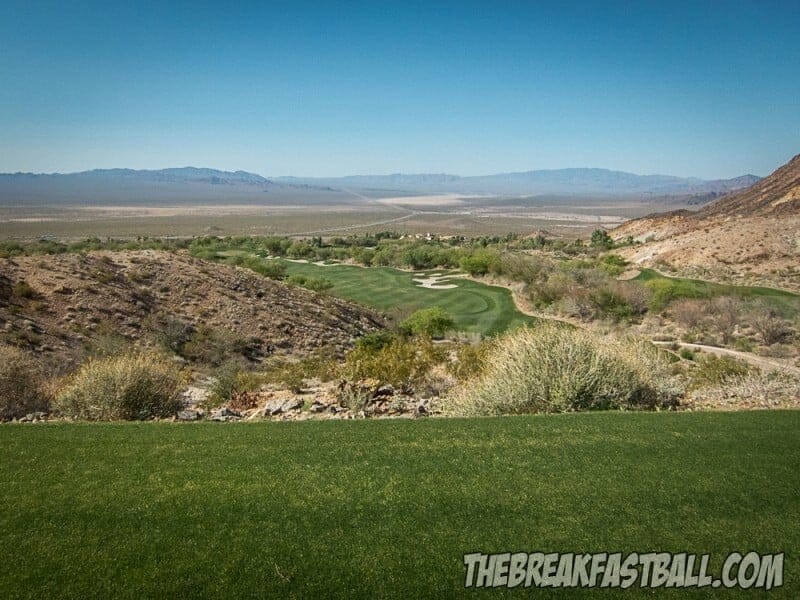 18 holes at the impressive Cascata Golf Club and then we foloowed that up the following day with 27 holes at the unbelievable Sand Hollow Resort in Hurricane, Utah. Not a bad couple of days if you ask me. Yes, it wasn’t the great Pebble Beach and I didn’t play the best golf of my life by far but, I had a blast and cannot wait to head back out to Southern Utah to play on some of their outstanding courses.

My interview with James Feutz from UNLV

Thanks to my social media obsession I came into contact with James through Instagram. He was kind enough to sit down with me after we played a round at Las Vegas National the day after my venture up north to Sand Hollow. Talk about three great days of golf. Cascata, Sand Hollow and one of my favorite course in town with what I found out to be an amazing player from the UNLV golf team. 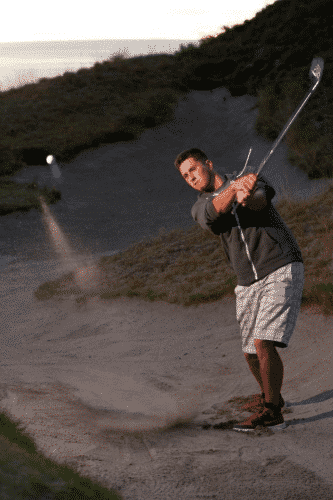 I’m so grateful that he decided to do the interview with me, I not only got an inside look at one of the country’s top golf program but I made a really good friend that a freaking stud on the course! Here’s a link to the interview in case you missed it.

How low can you go?

In May of 2013 I set a personal best when I shot an 84, after work, at the Wildhorse Golf Club here in Henderson. It was an amazing round for me because I played some really good mental golf. My driving was decent and my chipping and putting never hurt me. Even with 4 penalties I managed to put up that score and it still sits as my personal best to this day.

Maybe it had something to do with a new ball I started using?

When I started working on the DVC for 2013 I had a feeling that it might be a better year for the event when we partnered with the Wounded Warrior Project™ and boy was I right.

We not only hit our goal of $4,000 but we also set what I believe to be an amazing accomplishment in the fact that a foursome completed 75 holes of golf in 130° heat with 25mph winds at 120’ below sea level. It’s not something I recommend attempting as it wiped us out! 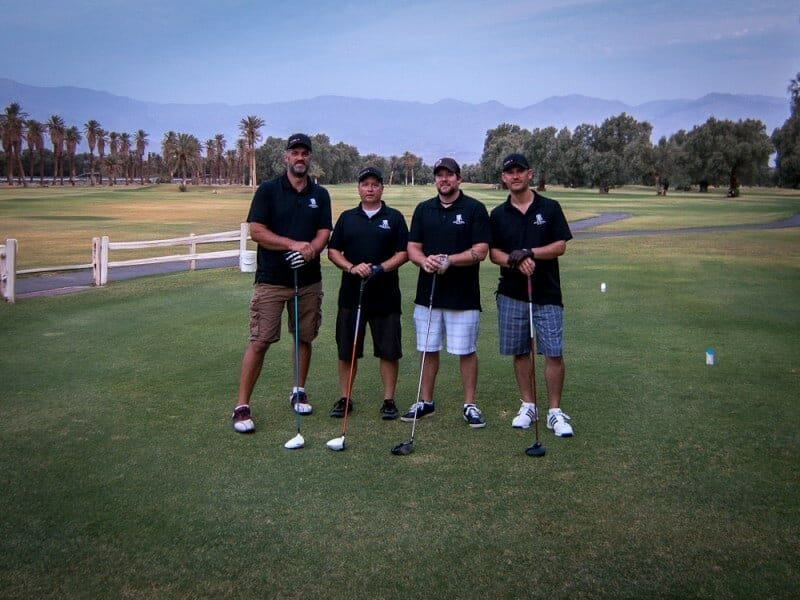 The 201 DVC should be exciting and I cannot wait to start working on it as the days get closer!

So I know this guy from Utah…

I love meeting new people who share the same passion as I do for the game of golf. Ryan a.k.a. @UtahGolf came into town for some “work” and we got together one afternoon and made our way around an older Henderson course The Legacy Golf Club.

Since then Ryan and I have stayed in contact and chat about the game quite frequently. I’m looking forward to teeing it up with him again, this time in Utah, and who knows, maybe I’ll convince him to toss me a post about the outstanding golf that takes place up north in Utah one of theses days. What do you think? Should he do it? Hell yes he should!

An ultimate highlight of 2013 was getting the chance to play the breathtaking Kapalua Golf Course in Maui Hawaii.

I waited close to a year after we made the reservations to tee it up at Kapalua and the wait was so worth it. The course is a beast and is a spectacular in its layout. Watching the Tournament of Champions this year is going to be so different now that I’ve walked the same course the pros play. I cannot wait to see those guys pull off some of their amazing shots on a course that is one of the toughest tracks I’ve ever played. 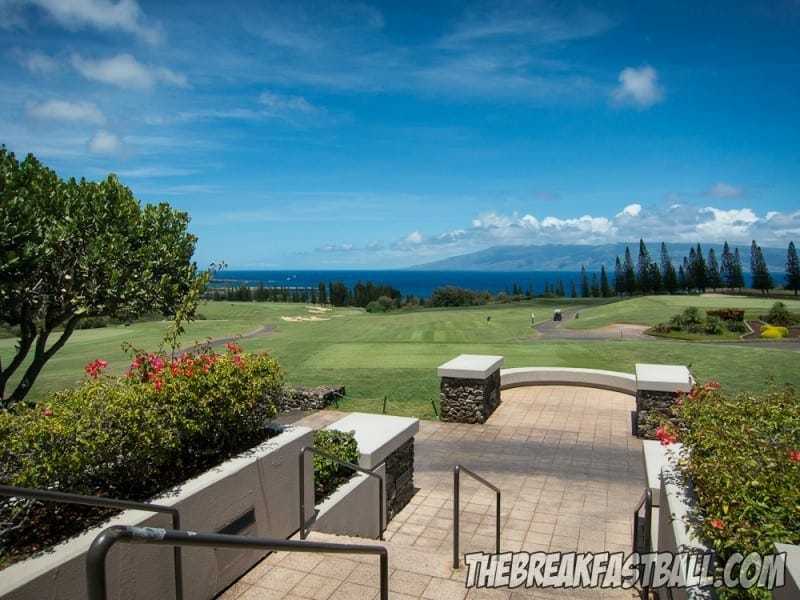 The elevation changes are just plan out disgusting and I have no clue, other than those guys are good, how in the hell anyone can break 70.

I know come January I’ll have my eyes glued to the TV for every minute of coverage for the tournament just so I can see how amazing each shot is that the PGA pros take.

Rio Secco and a round to Remember

I’m not sure there is anything that can top playing great on one of your favorite courses. I tee’d it up at Rio Secco in August one afternoon and everything seemed to “click” so to speak.

The course is not easy by any means and I’m not shy when it comes to discussing some of the really bad triple digit scores I’ve accumulated in years past. As I’ve played it more though I’m getting a better understanding on how to play the course and my scores are starting to show that as well.

I shot and 86 that day with 36 putts. Had the few simple mistakes I made gone the other way my personal best could have been set there that day with relative ease. I’m happy with the way I played that day and I’m certainly looking forward to the next time I tee it up at Rio. The 14th hole and I have an issue that needs to be resolved and it’s slowly eating away at me.

I wish it was possible to find people who are as Awesome as the duo that runs Ready Golf & Gear out in Mesquite, NV.

I stumble upon Ready Golf & Gear because I needed to get a Club Crown installed for the review I did on Three Guys and they were the closest installer. At first I was a little reluctant to make to hour plus drive to Mesquite just to get the Clubs Crowns installed but after checking out the store and spending time with Mike and his wife I quickly realized that they have something very special on their hands.

Catering to the senior community within Mesquite and the golf travelers of the world that know where to find some great desert golf, Ready Golf & Gear is a one stop shop for all your golfing need. They even sell golf carts which you don’t find at too many golf retailers! 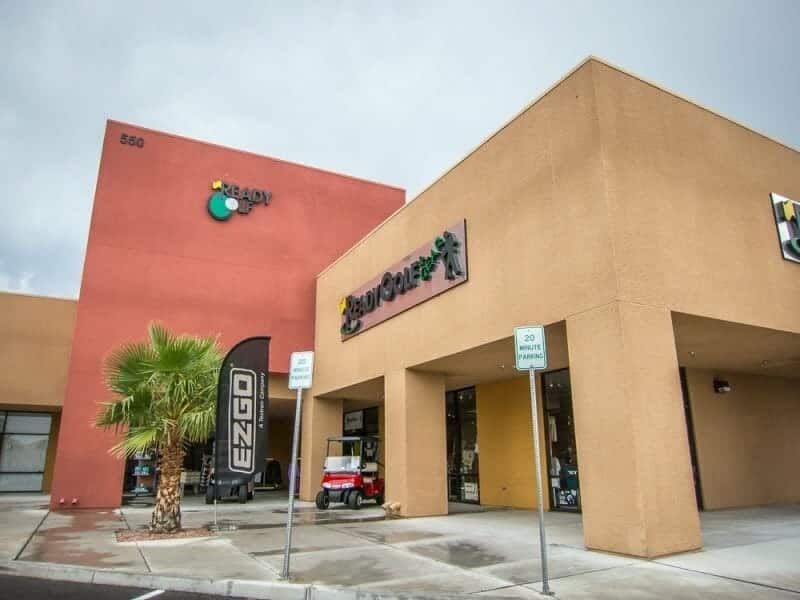 The store is amazing and Michael and his wife are as equally amazing in my opinion. Next time you’re in the Mesquite area be sure to stop in and say hello. You can read about my write up on Ready Golf & Gear here.

No need for a “crafty” subtitle for this one. Southern Highlands Golf Club was an experience I’ll never forget. I look back at that round all the time and every time I do a smile forms on my face because the golf was just that good. 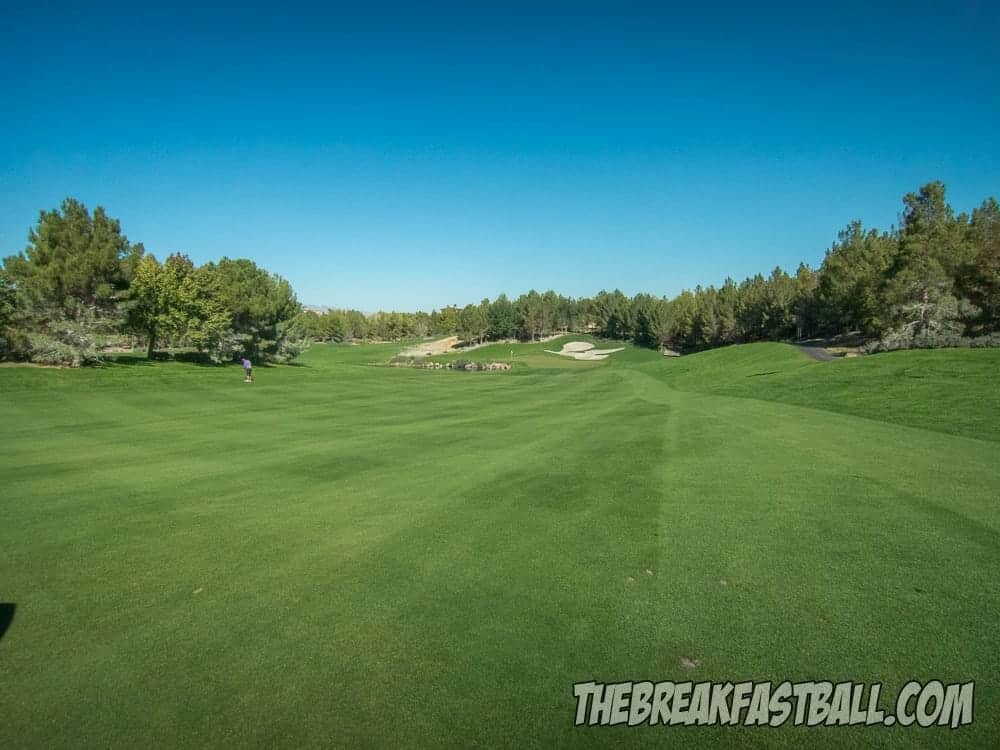 Symantecs aside the day was as pleasurable as a day of golf could ever be, minus maybe making a hole in one. I can only image how Mr. James Feutz must have felt when he got his ace on the 8th at Southern. The weather was perfect, Robby Anderson who I  played with was a phenomenal host and the course was in amazing shape. Not much more you could have asked for when you get the chance to play your No. 1 course on your bucket list.

I hope to play the course again in the near future and during that round I plan on playing a couple of the holes a little better than I did. 90 wasn’t bad in my opinion on a tough course I’ve never played before, but shooting in the 80’s that day would have been awesome!

Not a bad year of golf if you ask me. Certainly going to be hard to top but I’m going to give it my all that’s for sure.

I’m starting 2014 off with a bang by heading out to Florida to spend some time playing golf with Pat before I head north to Orlando for the PGA Show. That’s going to be a week to remember and most certainly a headliner for the Highlights of 2014 post this time next year!

As always thanks for taking the time to read my ramblings and feel free to comment at will!