A golf weekend to remember

Perfect weather, great golf and good friends made this weekend one to remember!

First up on the schedule was Siena Golf Club which is nestled in the southwest edge of Summerlin here in Las Vegas. This was my first time playing Siena and I have to admit, I was impressed. The course was in great shape for early spring and it’s a lot more challenging then that rating would let on. It plays at 70.4/129 and by those numbers I was expecting the course to be somewhat on the easier side, that wasn’t the case though. 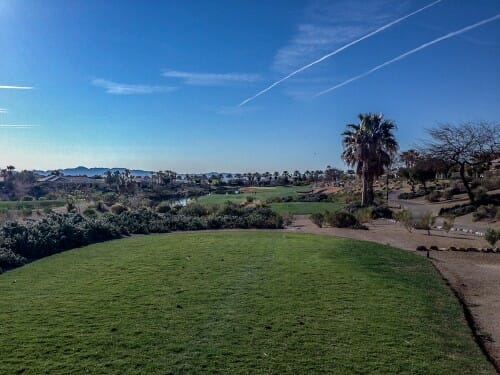 As Randy and I made our way though the holes I saw some of the bunkers and was shocked at how steep and deep most of them were. I got caught in a few and was fortunate to get out OK but there were quite a few that I was sure glad I didn’t get the unlucky bounces that Randy caught a few times. We both agreed that Siena should be rated a little higher than it is, it’s a challenging course.

I actually played pretty good considering all the changes I’m going through. My driver was a good club for me, finally, and I stayed out of trouble for the most part off the tee. I did snap hook a couple and those surely didn’t help my score, for the most part though I was rather pleased with my performance from the tee boxes. My irons were not that bad either. I missed a handful of shots that had I focused a little bit more I’m sure I would have seen better results. I’m excited that I’m starting to hit my 5I with a little bit of pop now, for a long time that club has been a thorn in my side but with the swing changes Wade has implemented I’m growing more and more confident each time I pull that club out of the bag. So much in fact that during my practice session last night I dusted off my 4I (it’s been in another bag since I got my hybrid) and took about 75 swings with it, might have to throw that club back in the mix for a few rounds and see whats happens. 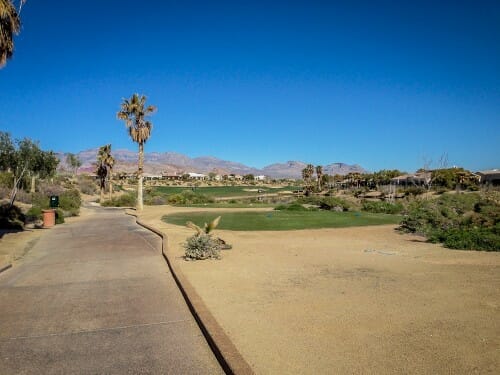 Chipping and putting were really good. Even though I recorded 34 putts I was really happy with how things went. I made a sweet 25 footer for par and burned so many edges the numbers of putts could have very easily been 28. My chipping is continuing to get better and better and as it has improved so has my pitch shots from around 30-35 yards off the green. I’ve a much better understanding now on how to approach a chip/pitch shot and again a lot of the credit goes to Wade for getting me in a much better position from the setup which has benifited me greatly in hitting those shots with more success.

The penalties really hurt and without them I obviously shoot a lower score, but it was the type of penalties that frustrated me some. Silly mistakes that with a little bit more focus I think I could have avoided. Having never played the course and not having a yardage book I hit some shots that had I known better, more than likely would not have taken. Normally in this situation I say lesson learned, but I have to take it with a grain of salt, had there been a yardage book I would have gotten one. It is completely my fault though for not asking Randy more questions about the course since he had played there before.

Over it was a successful round of golf. The best news, for me, was I finally beat Randy straight up! It took me a while and it helped that he wasn’t playing up to his normal standards but I’ll take it! Only took 3 years and 4 months but I can finally scratch that off my goals list.

Next up I headed over to Bear’s Best Las Vegas and played another Las Vegas course that I had never played. If you look at my Vegas Rankings over on my Bucket List page you’ll see that I’ve added Randy and Bill’s top 10 list to the bottom of the page. Randy has Bear’s Best listed as the #1 overall course in Las Vegas so it was a place I was anxiously looking forward to playing. 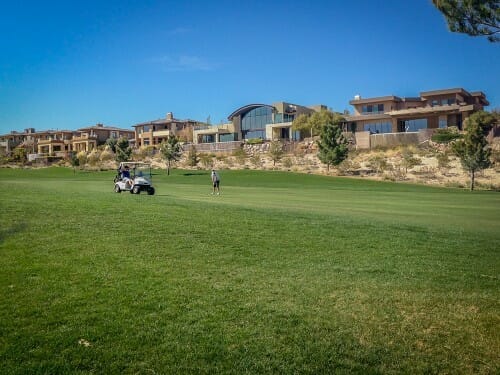 The round at Bear’s Best went eriely similar to the round at Siena; a 98 with 34 putts. I’m going to go into more detail about Bear’s Best some other time, this post is already getting long winded enough and I have more things to talk about.

I will tell yuou this, the scenery at Bear’s Best in one word is incredible. The views of the city from some of the tee boxes are outstanding and when you get back into the hillside on the back nine there are some fantastic picturesque moments.  I was lucky enough to play with a Brian and Mike, two friends from from Bay Area,  who were in town for a little golf vacation. It’s great when you get to play golf with good people that enjoy playing the game as much as yourself. One highlight, for me anyways, was when I was talking to Mike about Three Guys Golf and some of the reviews we have done over there, he was familiar with the site. That was pretty neat meeting someone that’s familiar with site you write for. 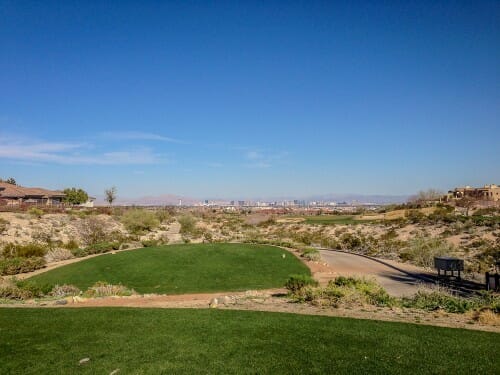 I wrapped up at Bear’s Best and was headed home when I called Bill to talk about the my day onthe courses. He had just gotten to Callaway to practice so I meet him there and ended up going through another range session, my third of the day! Well, not really third, the other two were a warm up session and a stay loose session.

There was a few things that were fresh in my head so it actually worked out to my benefit to get on the range and work through some problems that came up during the rounds. When we finished up and were headed out I noticed that someone was filming a player swinging and as we got closer I recognized right away that it was Matt Ginella from The Golf Channel. He was in town filming a spot about Vegas for the Golf Channel and he was kind enough to say hello  spend some time talking to use about his new gig at Golf Channel and the courses he played while he was here. If you looking for someone to follow on Twitter (@MattGinella) or Instagram (Matt_Ginella) be sure to check Matt’s feeds. He post some amazing pictures from golf courses all over the world and once you see them, you WILL want to go play them!

Thanks for taking some time out of your schedule and chatting with us Matt, it was a pleasure to meet you! 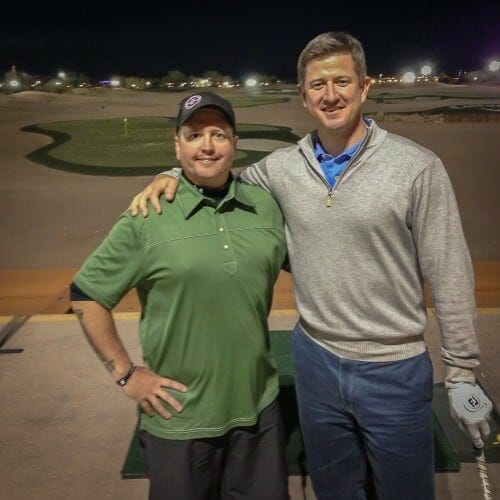 So you can see why I had such a great weekend. I beat Randy, played two courses on my Vegas Bucket List, met a Golf Channel Personality and most importantly, I played some good golf. Add in both my daughters scoring goals and winning their soccer games on Saturday and it would be hard to argue that this past weekend was one of the best one of the year so far.