Breaking 90, I Was Oh So Close at Rio Secco

One Stroke! Just one little stroke is how close I was to breaking 90 on Saturday.

I can’t complain, the day was incredible. After spending the morning out at Golf Fest, I made the trek back across town to my area of the valley and tee’d off at Rio Secco around 12:40 pm. I wasn’t too concerned about not having any time to warm up. I had just spent the past two and half hours demoing every club I could hit while I was at Golf Fest.  So I was ok with skipping the practice range.

We started on the back side, and I knew from my first drive, a scorcher right down the center of the fairway, that the round was going to be a good one.

I shot 95 at Rio back in November, and I’m pretty sure that one of the reasons my score Saturday was what it was, is because of how familiar I’m becoming with the place. It’s a tough course that’s for sure and knowing what to avoid here, and there is a HUGE advantage, and it showed when compared to the other people in my group. That, along with the fact I was hitting fairways!

Dustin has me swinging better than ever

I’ve never hit my driver better, well that’s not entirely true. I did manage to hit 14/14 fairways last year at Revere, but those drives had nothing on them. Saturday I was smacking the ball. I had the best distance average I’ve had in a long time, and the driver felt so solid when I swung it, and that just boosted my confidence. I have to give a TON of credit to Dustin. The drills he has me working on along with the swing change showed up on Saturday. I had three balls sail off to the right on me, but in no manner, like they used to, just a fade and it was more of an alignment issue than swing issue. 11 out of the 14 drives I hit exactly the way I intended.

The front wasn’t going as well, and I was pretty sure that I wasn’t going to finish the round. Some slow groups in front of us were bogging down the pace, and the sun was quickly setting as I got to the 14th hole. I don’t know if it was knowing I wasn’t going to finish or the pace or what but I lost my focus for a few holes and let the round get away from me. I was frustrated with what had taken place over the past few holes when I stepped up to the tee box on the “Million Dollar” hole. The Par 3 7th.

The hole was playing about 172 with a little wind at my back. I had been having what can only be described as an “off” day with my irons, and I was a bit nervous as I stood over the ball. I stepped off and regrouped, got my site line in place and swung away. Without a doubt, it was my best iron shot of the day. I knew it was good; I wasn’t sure just how good until I got out of the cart. 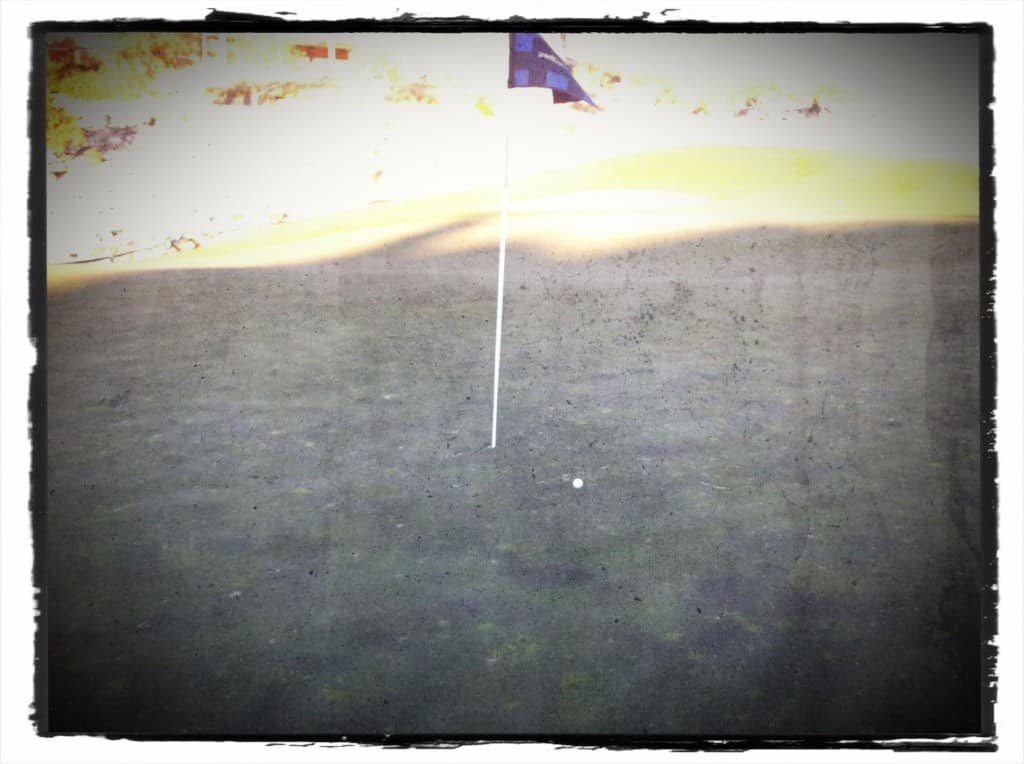 That put a spark in my ass and got me thinking that 89 was possible! I don’t see too many of them but let me tell you this; a tap-in Birdie is AWESOME!!

To be or not to be

I bogeyed the next hole and hit my approach shot on the last hole left and short of the green. Thinking to myself “A simple chip and a putt and you have your 89.” I probably shouldn’t have done that. I made a few practice chip strokes and then duffed the shot! Dooh!! I couldn’t believe it. I hadn’t duffed a chip shot all day, and I did it at the worst possible time. The ball went about a foot and a half in front of where I stood. You could hear Nelson from the Simpsons blurt out his classic line “HA HA.” 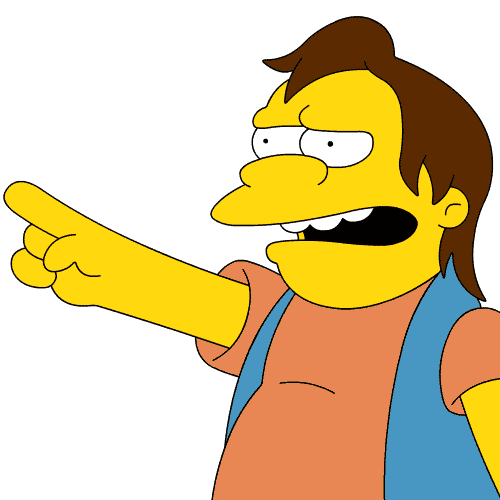 I did manage to hit the chip, the correct way. I left myself a nice little eight-footer that I made for my 90. So close, from breaking 90 yet so far away!

The results are getting better

It’s the best round I’ve recorded to date. Let me tell you I was on cloud nine the rest of the day! I sent Dustin an email and told him about the best thing a student can give his teacher, results!

There still is a ton of room for improvement. I had two, three putts and four penalties. If I can get those errors fixed, I’ll be breaking 90 and in the 80’s in no time!