The nicest golf course you’ll find on the East side of Vegas, Royal Links Golf Club, is undergoing some changes for the better.

It had been several years since I made my way around Royal Links Golf Club. Not being close to my house and much better rates at other local courses have kept me away. I am fond of the place, though. The course is a 10min ride on a BMX bike to where I grew up. I know this because I used to play in the desert and farmland that occupied the space, long before the area was tossed and turned to make a golf course.

With the recent departure of Walters Golf from the facility, I was pleasantly surprised when I received and invited from the new ownership. Who’s going to turn down a chance to check out the changes? Not this guy!

Royal Links Golf Club has been in the spotlight over the years. Most notably one of the host course for the Golf Digest “Think Young Play Hard Invitational.” The unpredictable Las Vegas economy hasn’t helped the course shine. But, if Shelby Futch has anything to do with it, Royal Links will find itself back as a premier golf destination. More importantly, though, he’s putting in place some changes to make the locals here feel at home.

The Challange of the East Side of Vegas

For those of you who are not familiar with Royal Links Golf Club. The facility sits between two other courses that have been around for a while. Stallion Mountain to the South and the newly revamped The Club at Sunrise (formerly Desert Rose Golf Club) to the North. Stallion Mountian (formerly the Sunrise Golf Club) used to have a 27 hole layout and is the course where Chip Beck shot his 59 during the third round of the 1991 Las Vegas Invitational. Even though the area is home to three golf course, all within a mile of each other, it’s not in a great neighborhood.

Unfortunately, the East side of Vegas has seen the effects of the bubble bursting and hasn’t recovered. The once family friendly neighborhoods are now more prone to squatters and crime. It’s been tough to watch my childhood streets turn into a mess. I think the decline in the area is one of the biggest challenges The Scottdale Group is going to have.

The East side of Vegas doesn’t have all the glam and glitz you can find in the Hills of Henderson or the incredible views from the Summerlin area. The challenge is a formidable one, and I’m eager to see if the Scottsdale Group can pull it off. Based on their history I think everyone is going to be in for a surprise.

Challenges aside, Royal Links Golf Club is a fantastic course.

Much like Shadow Creek, once you get on the property the sensation of being in Vegas is suspended. Unlike Shadow, though, you’re still rewarded with some views of the strip and the surrounding mountain ranges. 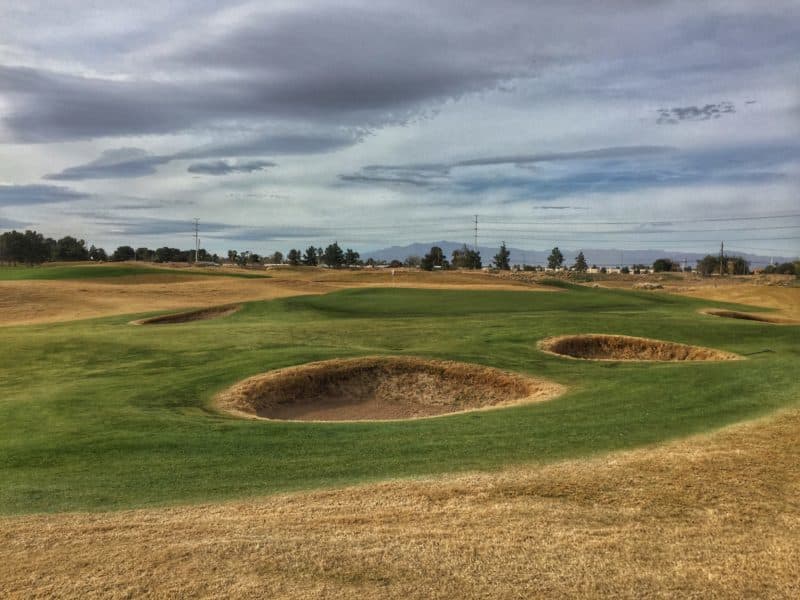 The golf course is a challenge for all skill levels and brings a links-style course to the valley. There’s nothing like it; I mean not even close. When you consider there are 50+ courses in this small area that’s saying something. Players who tee it up at Royal Links will experience links style golf. From the massive bunkers to the unyielding rough, the journey around the course is one for the memory banks.

It is a perfect setting for visitors coming out to Vegas looking for that “What happens in Vegas, stays in Vegas” experience. However, if your a local and want to partake in the fun you had better be prepared to pay much more than what some of the other “local friendly” courses have to offer.

Mainly the biggest change is the new owner; The Scottsdale Golf Group. With the new managing company in place, they’ve added some new key members to the team to make the transition as smooth as possible.

The first female General Manager in the Vegas Valley, Ms. Jody Niemann is now overseeing the daily operations. The new Food & Beverage Manager Fawn Newbold is bringing her skill set to the table as well. If you don’t think two women running things isn’t going to bring on some changes, then you’re in for a surprise as well. These ladies know their industry very well, and I think they’re going to kill it! 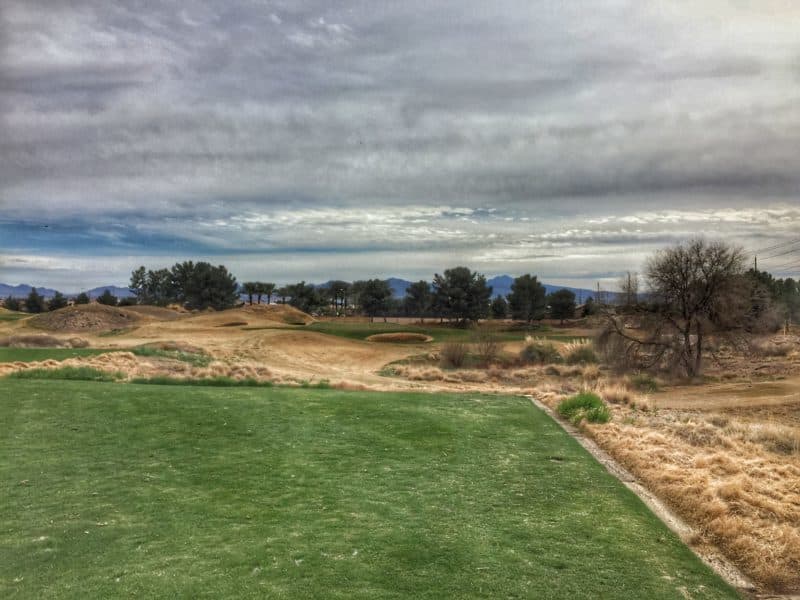 I chatted briefly with both women, and I was impressed with their confidence and passion for bringing a spark back to the course. Along with them, Raymond Vincent is leading the corporate sales team and is beyond excited about the challenges ahead for Royal Links. Ray joined me for my round a few weeks ago, and it was great to get to know someone who’s equally as passionate about the game. He’s so onboard with making Royal Links a top rated course again.

We talked about some of the changes he’s sees coming down the road.

As far as improvements go… we will be replacing some older equipment with new, and generally taking a look at things that have been neglected the last few years. One of the first major upgrades is we are putting in a huge patio off the backside of the clubhouse.  I am not sure when that will be finished, hoping for early summer.

I was glad to see they’re focusing on the area where players will notice changes. Nothing is worse than grabbing a rake from the bunker and finding out the hard way that the handle is covered in splinters from aging wood. Or even worse the rake head fall off the handle completely. (Note: This did not happen when I played, just using a previous experience). The Patio outside the clubhouse is going to be great. There’s a great view of the 7th Tee box (I would love for them to make it a par 5 and back the tee up to the patio as well) as well as the 9th green. 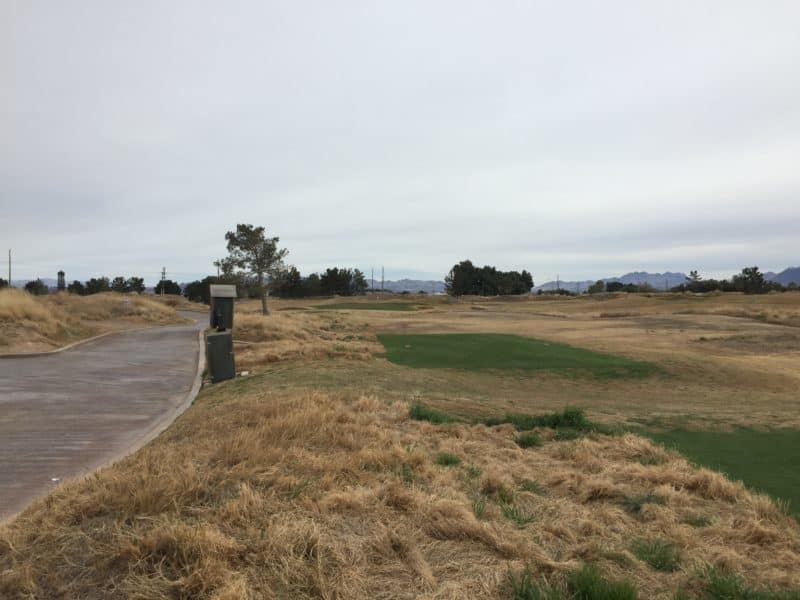 I asked if GPS systems on the golf carts were in consideration. Raymond said they plan on staying away from GPS. They believe the course plays homage to the golden age of golf and they’d like to keep it as close to that feel as possible.

Looking ahead, what’s in store for the locals?

The rates at Royal Links Golf Club is by far been the biggest gripe I have about the place. I don’t mind the travel if the course is worth it. Royal Links is very worth it, but when you compare to other courses in the area, it just doesn’t make sense. Golf budget wise there are so many other choices to get in a round at an affordable price. 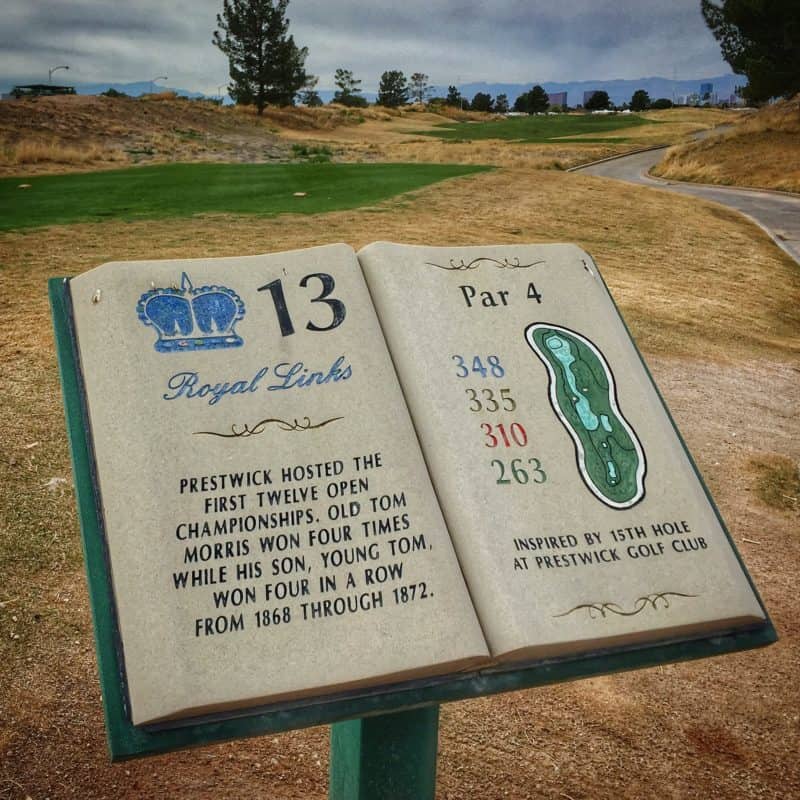 Raymond was very forthcoming about the desires to get the local back out to Royal Links. They already have several leagues in place, including the bartenders league. Here’s what Raymond had to say about the changes they’re implementing.

As far as rates go… We are not advertising any local rates at this time; however, we are offering locals unpublished rates, when they call the golf shop.  We are also finalizing two new “locals” cards, one will be similar to the “OB” card. Basically a card can be purchased annually, for a particular price, while the guest is a card holder, they will “lock rates” for the year…for example, they will buy card for “X” amout of dollars then have access to the course for $X a round, no matter the season…Pricing is not final yet, that is just an example of how it will work.

The second card will be our “HERO” card…basically the same as the “local” card; however, we will wave the initial buy in cost. This card will be for military, police, fire, EMT and teachers, our local heros. The pricing for this is also being worked out as we speak.

If that doesn’t show that they’re behind getting to locals to consider Royal Links than I ‘m not sure what will. Wait for it, Wait for it,

That’s not all, though. Raymond told me about a “Text” club that they’ll offer as well. Basically, a player will sign up for the text club, and they will first chance offers on discounts, specials, and limited rates.

Time will certainly tell if the new owners and their plan for changes win over the local golfing public. I think they have a decent gameplan in place and understand the changes going on in the valley. Something Walters, in my opinion, wasn’t so keen on. 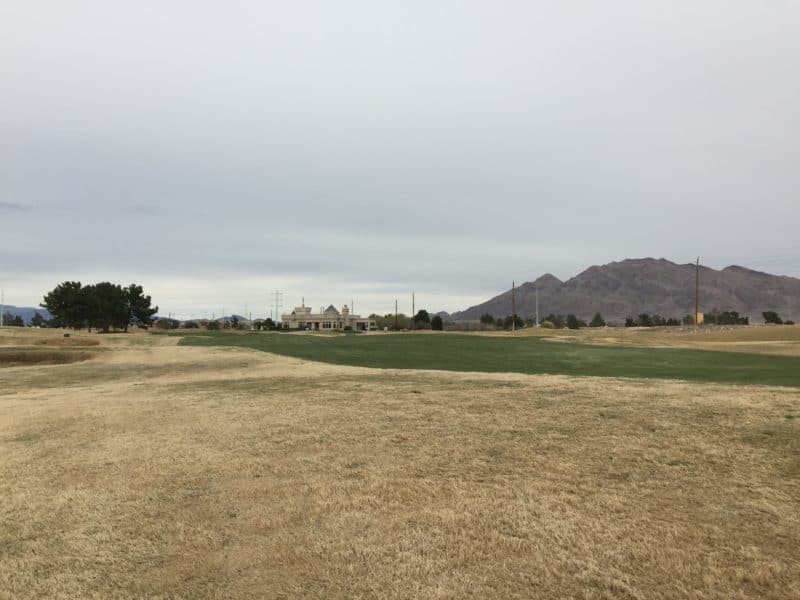 I’ll certainly be adding some rounds out at Royal to my rotation this year. Like I said before it’s a challenging course that requires some smart play to score well. And, it’s a nice break from desert golf.

To stay up to date with what’s happening at the course be sure to give them a follow on their social media accounts. You know me, I love golf course that “get” social media. Royal Links Golf Club seems to be onboard with it and that’s great to see. Follow them here: Instagram, Facebook, Twitter, YouTube, and don’t forget about their website where you can book tee times and read up on the course and all the replica golf holes they have on the property.