I was fortunate to be able to play the famous Desert Inn Golf Course before it closed. It is by far the best golf memory I have. That course was impeccable. Not a flaw on it. The greens were the best greens I have ever had the pleasure of putting on. The staff was amazing and the clubhouse was a step back in time. By far the best day on the golf course I can remember.

I bought a bag tag from the pro shop and proudly displayed it on my golf bag for years. It was stolen from me and I don’t know when or what course for that matter, that’s the bad part. Can’t blame anyone but myself, I let a treasure go, should have been paying closer attention. I realize that now. The scum also stole my Hilton Country Club tag too, and it had my name engraved on it. Anyway, the D.I. course is still there, but it has been redesigned now that Steve Wynn has control of it.

That course was a Las Vegas legacy and I’m so glad I got the opportunity to play it.

So how does that relate to me playing Conestoga today? It doesn’t. Seeing such an awesome golf course just made me reflect on my day playing the D.I. Once the clubhouse gets built out in Mesquite that course is going to be a joy. We arrived about an hour early, got our carts and headed out to the range. Awesome place, I appreciate any course that gives you free range balls to hit. Callaway range balls at that! My warm-up went ok, not great. I wasn’t making good contact and the only place my irons were going was up and to the right. The day was gorgeous, not a cloud in the sky, no wind and a brand new golf course that stood before us.

The starter was fantastic, he had a speech that I’m sure he had repeated in his head a hundred times, it was flawless, and very entertaining. My tee shot off number one was a good shot. I made great contact and didn’t slice the ball at all. It was a little left of the fairway, but for sure playable. I had a decent approach shot that I should have made, but I didn’t. I chunked it, and then repeated that chunked hot again. Fourth shot was short of the greenside bunker. A bad chip over the bunker and two putts later I was done with hole number one. A seven, not a great start but a few positive things to build on, a nice two putt and a decent 260 yard drive off the tee.

The second hole is a spectacular one. I have a picture of Randy on the tee box on the photos page. I hit a beautiful 8I right where I was aiming and watched in amazement as the ball landed in the middle of the green and rolled all the way off, passed the fringe and into the first cut. WTF! New course means new greens and boy were they new. Elevated tee box, really elevated tee box that is and I nailed it. When I got to the green I was looking for my divot to repair it but it was no where to be found. All I could find was some smushed grass where my ball had landed. New greens mean HARD AS A ROCK GREENS! 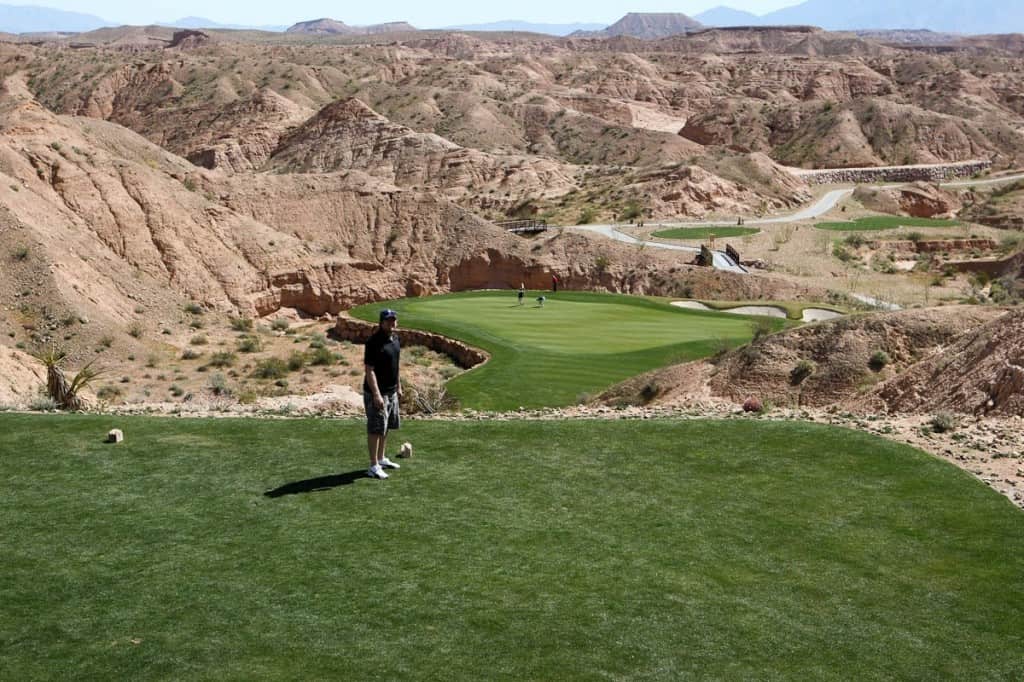 I won’t go into all the details of the round. It wasn’t that good of a round. Shot a 109. That was a 60 on the front and a 49 on the back. Go figure. Once again I play another round where I shoot a whole lot better on the back nine vs. the front nine. Twelve penalty strokes absolutely killed me. The par 5 sixth hole is a beast of a hole. It chewed me up and spit me out. Don’t miss left whatever you do, that’s the land of no return.

After four consecutive terrible tee shots to wrap up the front I decided to try what worked last round and switch to my 3W. Two really good tee shots off 11 & 12 had me rethinking my driver. I had made a slight correction to my swing and decided to give it a go on 13. It worked. The best tee shot of my life took place just two holes later on 15. Number 15 is a par 4, 414 yard hole that’s downhill two the left a bit. I got to the tee box and just crushed my drive left of the fairway. I don’t know how it happened, cart path, rock, small animal picked it up and dropped it where it lied, but it was 370 yards from where I hit it last, and it was in the fairway. So I have on record a 370 yard drive. I had a nice sand wedge into the green that I made. Putt was about 40 feet. I got it close enough to make my par and walked away happy knowing I pared that hole after my great drive. I wrapped up the back with bogey on 18 for a 109. Like I said before the twelve penalty strokes killed me. 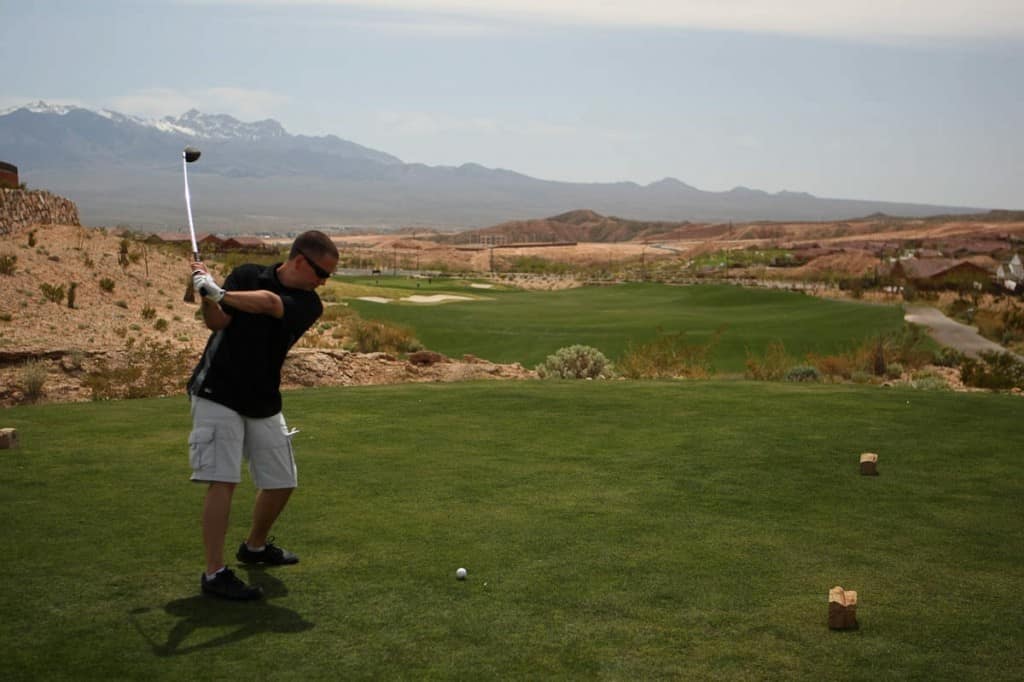 It was an awesome day on an awesome course. I look forward to playing it again as soon as I can. Randy’s got the hookup so hopefully it will be sooner than later. With three rounds in the books, a 113, a 110 and a 109, my scores are showing an improvement, how much I think is too hard to tell so far. More range time is in my future that I know!