Distance or Accuracy? What’s your take?

Why has distance overtaken accuracy when it comes to buying new golf clubs?

Ever since the first time I picked up a golf club, I had one goal in my mind. I wanted to hit the ball as straight as I possibly could.

I went out with a buddy of mine on a wet and cold weekend when I was in 7th grade, and I was lucky even to make contact with the golf ball. Let alone hit one airborne and straight. I’ll never forget the moment that made me fall in love with golf for the rest of my life, though. It was that same day out in the rainy, wet, and muddy mess that I mentioned earlier. I teed up a ball on hole 6 and took a more slow and smooth swing than I had been doing all day prior. I hit it, and it barely got off the ground, but it did something I’d been trying to do all day. It went straight.

From that point on, golf consumed me.

Sure, I was obsessed with wanting to play better and shoot lower scores, but my main goal was somehow hitting the ball straight every time. I went on to practice every chance I had until I finally got to the point where I could hit it straight, but I realized that you couldn’t expect to hit it straight every single time. At this is time in my golfing career, I started learning about shaping the golf ball. Also, how fun it was to learn how to produce a swing that would manipulate the golf ball so much that it would spin how you planned. Even though this was my new obsession, it seemed everyone else is enamored with hitting the ball as far as humanly possible. The distance mentality was still king.

Now I’m not going to act like I don’t get all of the fuzzy feelings inside after tagging one 310 down the middle of the fairway. At the same time, everyone else in your group asks why you aren’t out there on tour and all of the other hilarious assumptions that come with hitting the ball far. For me, it’s about getting the shot where I want, be it off the tee, from the fairway, or up-close.

I began researching all kinds of irons, and since it’s been six years since I last got new irons, I knew that I needed to get something that was a little less forgiving and offered more control of the ball. As I began to research, I noticed a trend amongst most of the irons. They were all targeted at the distance they provide. It seemed like all of these brands focused on length as the only way people would even consider buying their clubs. 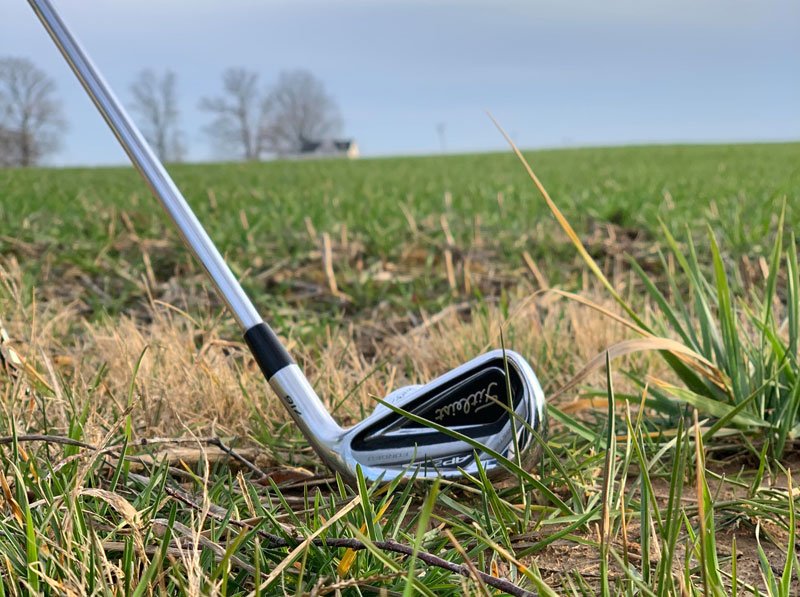 After finding a set of Titleist 716 AP2’s online, I was worried that I made a mistake. After hitting them during a practice session, I realized I lost distance compared to my Nike VR Pro full cavity irons. I even considered sending them back to get a set of Titleist AP3’s because of all the hype they had about how far you can hit them. Luckily, I didn’t send them back, and I learned how to hit them correctly, and I had the best season of my life in 2019 while using them.

That scenario had me thinking about the need and desire to hit the long ball.

Also, it made me wonder if this was a problem in the world of golf? After all, it doesn’t matter if you can hit it 320 yards if you can’t score from the fairway. When you go out on the range, you’ll find players doing their best to maximize their distance. Grunts, excruciatingly fast swings, and mishits fill your ears as you make your way to your spot. Is this a problem for the game of golf? Are we too caught up in trying to hit the ball a mile that we are eliminating other ways to improve our game?

Another issue that comes with the need for distance is players aren’t willing to upgrade their clubs to a more players irons (blades or muscle back). They aren’t realizing that advantage that they could have working the ball with these clubs. Maybe I’m wrong, and length is just as crucial as your accuracy. I mean, the number one player in the world hits the ball plenty far and is still able to score. The Professionals’ ability to score is what differentiates us “normal” golfers. Let’s face it, no matter how bad we want to hit it like Rory Mcilroy, and chances are we never will.

Next time you go out for a round of golf, take a look at the older guy who’s out there every day. From the outside looking in, it’s easy to think that you would mop the floor with him because his drives max out at 215. However, he can probably stuff it closer from 175 than you can from 115. Because his accuracy is on the same level as your distance, but his skill helps him score the ball better than your length does.

Golf is a funny game.

Some say it’s the “dumbest” game in the world because one player can hit it out of bounds, hit a provisional, hole out from the fairway and card a four while the other player puts it up the middle, knocks it on the green, misses the birdie putt and cleans up for his four. On the card, they’re both four, no matter how you get it done. Because this game is full of unforeseen situations and bad breaks, it’s essential to be in control while you’re out there. I think you have a better chance if you’re practicing on your accuracy rather than trying to outdistance everyone in your group. Because at the end of the day, whoever makes the least amount of mistakes usually takes home the win.

Tyler Clerkin is an avid golfer who has developed a deep love for the game. He strives to deliver the best content possible for fans of the site by using his knowledge of the game in all aspects from equipment to current events happening on tour.