My daughter got her first experience in the realm of competitive golf this past weekend when she competed in the first Drive, Chip & Putt Championship.

We had been working on her swing since I found out in May that her name was drawn and let me tell you my little girl has been an absolute Rock Star! Every day she would come up to me when I came in from work and would ask “What are we working on tonight?” and without a hitch no matter what it was she worked her little butt off to get better.

When we started out my biggest concern was her driver. Emma’s not a big kid by any means she’s your typical 1st grader. When I read the scoring rules and found out that you wouldn’t score any point on the Driver section until you hit 100 yards I was a lot worried. Lucky for us, and most of the other kids in the Girls 7-9 group, the rules committee made an adjustment and allowed any balls hit into the fairway to be scored.

That made it at least possible for Emma to score 12pts (4 for hitting the fairway each time) I knew she wouldn’t hit the 100 yard mark so I was ok with making sure she just got the 12pts and then shifted our attention to putting and chipping.

Her putting stroke came to be really quick. The first time we worked on it she impressed the hell out of me. Don’t get me wrong, it did take a while for her to understand the concept of not hitting the ball as hard as you can, I mean she is 7. Once we cleared that hurdle though she started to shine on the putting green. That made the rest of her practice sessions much easier, we would work on her driver for a bit then concentrated a ton on chipping.

When Saturday came I was a nervous wreck. I remember sending Adam from Three Guys Golf a text saying “If I’m this nervous about 7 year old golf I’m screwed!” How could I not be though? My little girl was about to take on her first golf competition and I was certain she had enough skills to move onto the next round.

The first skill was driving. As the called the girls over I was surprised at that lack of participants. There were 16 names on the board but only 7 girls, including Emma, were there to hit. We anxiously waited for her name to be called and when it was she stepped up to the tee box and made me the proudest Dad on the planet. 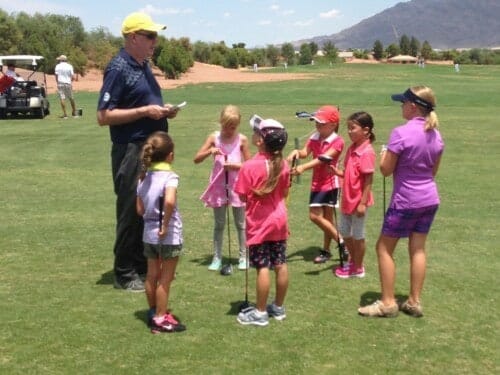 Like a pro she put her ball on the tee went through her pre-shot routine we had relentlessly worked on and blasted two out of her three drives right down the middle about 75-80 yards! It wasn’t perfect by any means, she did whiff her first swing, but so had a few of the other girls. I’m glad they decided to allow them to swing again, at this age it’s more about having fun. Emma wasn’t aware thought that it didn’t count and after she hit the second ball (her third swing) she was ready to walk away when they told her she had another one. The last one she topped and it didn’t go very far, but it was moving forward and she got her 4pts for a total of 12. 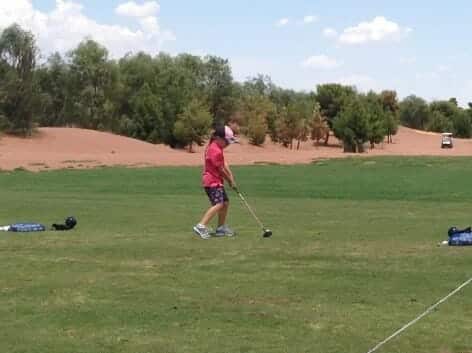 This section broke my heart on a couple of different levels. This first comes in the form of venting so bear with me. The rules stated that for each age group the level of difficulty would increase as the age groups increased with the 7-9 age group having a flat area to hit from with little to no break. Sounds about right, right? Well, nobody apparently read that section of the rules when they set up the chipping course. The lie was anything but flat. It was very downhill and the green was also downhill that sloped left to right. It would have been a tough chip for me let alone this group of 7-9 year olds.

I had taught Emma how to set up for a chip shot but we had never worked on a downhill lie because the rules said it would be flat. I take full responsibility for her not being prepared for that type of lie but I’m very disappointed that they allowed it.

The volunteer for the chipping area had gathered Emma up before I had a chance to really look at the lie and pep her up, another mistake I made. When I finally did see the lie it was too late and she was ready to swing. She topped the first two and they didn’t even make it to the green. The target was about 20 yards away so she came up WAY short. The third one she got a lot more of the club on it but the ball rolled through the scoring zone and she left that section without scoring any points. 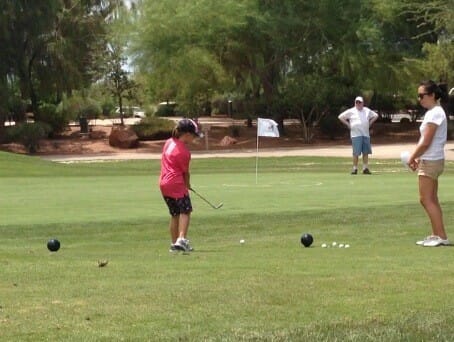 What happened next still breaks my heart when I think about it. As we were walking away she looked up at me and with her gorgeous brown eyes she said “I did the best I could.”  You could tell that she was upset but it killed me that she was upset because she thought I was disappointed in her. As we walked over to the putting green I did ever thing I could possibly do to reassure her that I was nothing but proud of her and that I wouldn’t have done as good as she did!

This was out money section. By far her best skill and the section she could score the most points. She had been draining six footers all morning long at home and when we were practicing before the competition started she was rolling the ball really well.

Her first putt she left on the edge of the cup, it was so close, and she got her 20pts. I loved it when the people sitting next to me said “Now that’s a nice stroke.” Ha ha I ate that up! The next putt just settled a bit short of the 20pt zone and she received 15pts for it. The 30’ putt I was nervous about. It started flat at the beginning but then sloped downhill to the cup. She hit it really good but it was just a little bit too hard and it stopped in the final zone for only 1pt. 36pts wasn’t bad for that section but it wasn’t enough to get her into the second round. 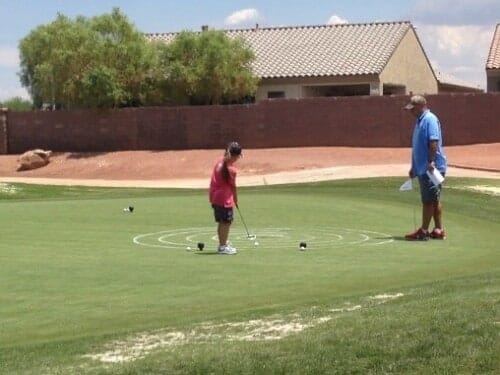 We had a really good time and Emma handled herself very well. She went to the putting section completely forgetting about what happened at the chipping area and putting very well. Something her Dad could learn from! 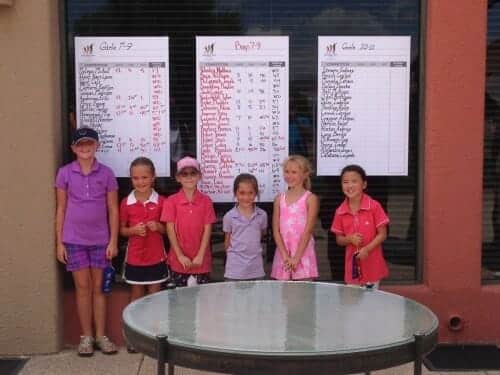 Since she did so well I told her that once I get back from Death Valley her and I will go play Desert Willow which is an executive course here in Henderson. She is too excited. This will be her first ever round of golf and it’s something I plan on remembering for the rest of my life! 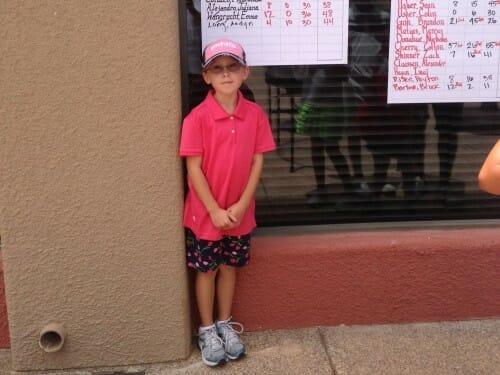