Callaway Golf has some big claims about their new GBB Epic driver, and I was determined to find out for myself if the hype was real.

This past weekend I was invited by the 2013 Southen Nevada PGA Teacher of the Year, Matt Henderson, to come try out the new GBB Epic Drivers from Callaway. Not being one to shy away from the opportunity to spend some time on a golf course, I graciously accepted. It didn’t hurt the situation that Mr. Henderson is based out at TPC Las Vegas, which in my opinion has one of the best practice facilities in the valley.

Thankfully Mother Nature took the day off from wrecking havoc on the Vegas area. The weather has been downright nasty the last week or so. Seeing the sun out with temps in the mid 50’s and no wind was a dream come true.

Matt is set up right on the driving range within a few steps of the practice green. It’s far enough away from the warm up area, so you’re not distracted by players getting ready for the rounds, but you still has the full practice range to utilize. 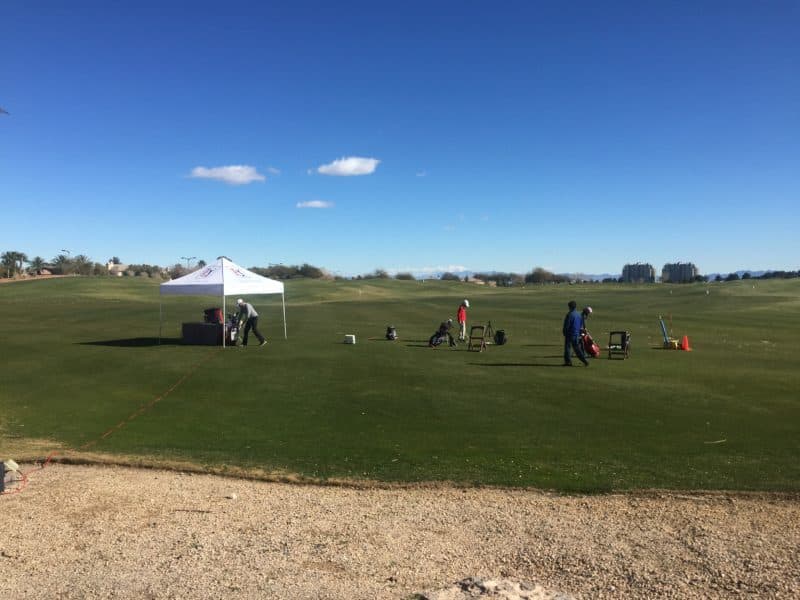 So, is the EPIC epic?

I headed into the fitting with an open mind. The last time I took some time and looked at my driver on a launch monitor was back as DragonRidge CC when I was taking lessons from Dustin. Yeah, it’s been a while.

And, if I’m totally honest, I’ve been happy with my driver of late. I’ve been striking it well, and it hasn’t been the club in my bag that has been getting me in the most trouble. Arranging the fitting, at first, was mainly to see if the hype surrounding the driver was legit. Plus, I wanted to know if the naysayers who are claiming it’s just another Callaway ad campaign aimed at sucking the money from blinded golfers. I had been giving the perfect opportunity to find out for myself. Was this club a force to be reckoned with? Or, just another $499 driver that will hit the clearance racks in six months when the “EPIC-er” driver hits the market. 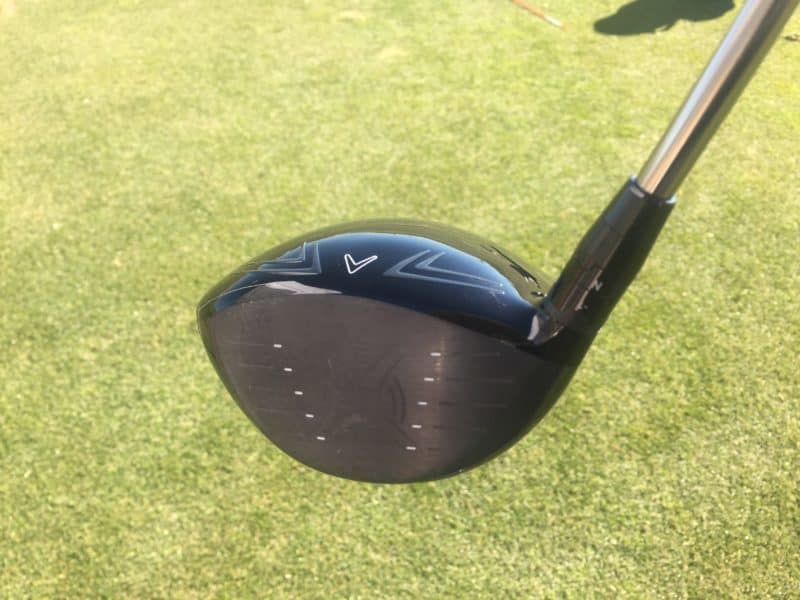 You may recall in one of my recent posts, me talking about shorting the shaft on my driver. Turns out that was a good thing. After taking several swings with a standard length driver, we then switched to a shorter shaft and Matt agreed with my “guess” and let me know that his assessment would have me with a shorter shaft.

So you see, sometimes taking a chance pays off. I’ll also note this is one of the few times making an uneducated change to my equipment has paid off. It’s a rarity, and I don’t recommend it,

Right away Matt saw some significant changes to my numbers when comparing them to my current gamer, the Cobra Fly-Z.

After swinging with the GBB Epic, we switched heads and gave the EPIC Sub Zero a turn.

There’s this SPIN stat you should be aware of and what it’s doing to your ball flight.

One of the reasons I switched to the Cobra Fly-Z over my SLDR was the ball flight. I’m a notorious low ball hitter, and even with a face lofted to 11°+ on my SLDR I still wasn’t able to get the launch and ball flight I desired. It took just a few sessions with the Cobra for me to fall in love. The ball flight I was looking for was there, and my accuracy was much better when comparing round stats.

What I didn’t take to heart was the why. Matt helped me understand more about COG (center of gravity) and how positioning the weight in different places get’s different ball flights. 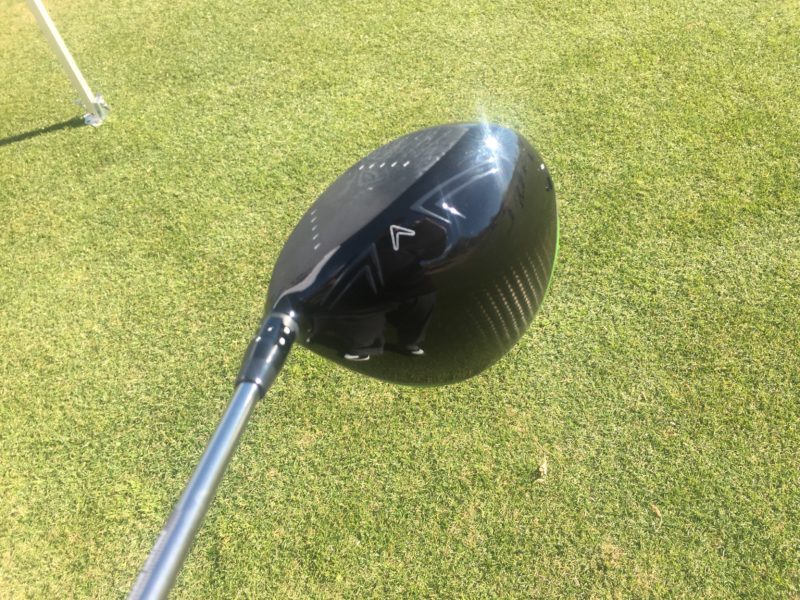 The Cobra Fly-Z has the weight placed on the tail-end of the head. On the bottom and in the back. It’s an ideal placement for someone like me, who has issues getting the ball up in the air. What I never looked deeper into was why. With the COG placed that far in the butt end of the club the amount of backspin created increases dramatically. And with an increase in the backspin, you’re going to get a much higher ball flight. 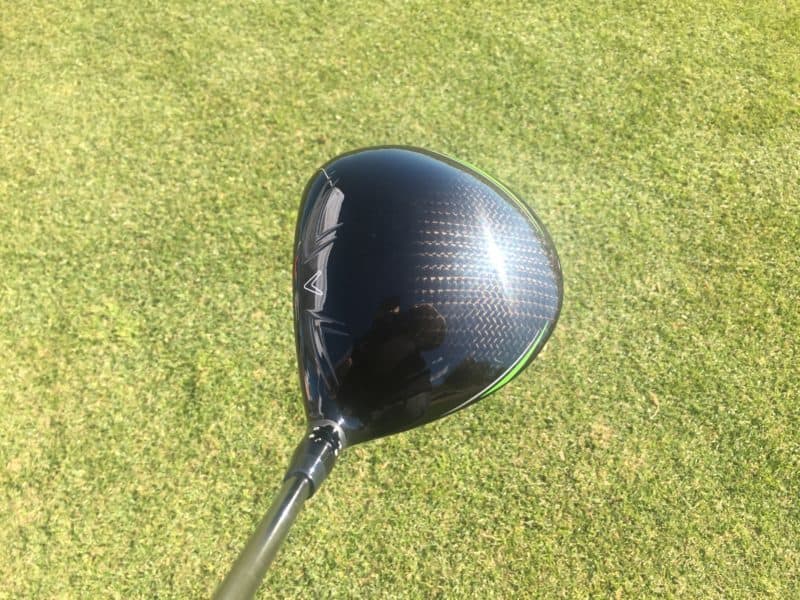 Backspin is a distance killer. It never occurred to me just how much until Matt showed me the FlightScope numbers.

With my low launch angle and ridiculous spin numbers, Matt suggested we stick with the GBB Epic Sub Zero over the GBB Epic just because of where the weight is positioned. On the GBB it’s located in the rear as an adjustable weight. Similar to previous GBB versions. The Sub-Zero, however, has the weight very close to the face bringing the COG forward a lot in comparison of the two. 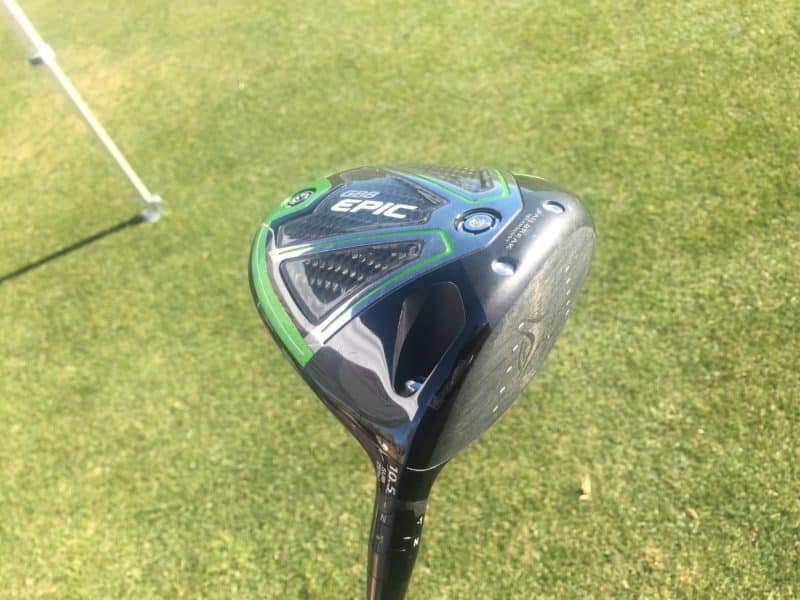 You can see the weight, right between the two jailbreak pins (more on that later, hopefully in a review of the club) on the bottom of the club.

For Matt, it was a natural choice, and when we looked at the numbers, it was dramatic the amount of spin reduction I now was looking at with the Sub Zero.

What does that mean?

Getting fit for a driver from a PGA Professional is more important nowadays than ever before. With all the new technology out there even a person such as myself, I think I’m pretty keen on what’s new in the golfing industry, has a lot to learn still. Matt was kind enough to take some time out of his busy schedule and introduced me to this fantastic new club.

Without his knowledge and guidance, there’s a good chance I would have walked into the local golf shop, swung the wrong club, guessed at the minimal figures the launch monitor shows and made a poor decision on which driver to chose. 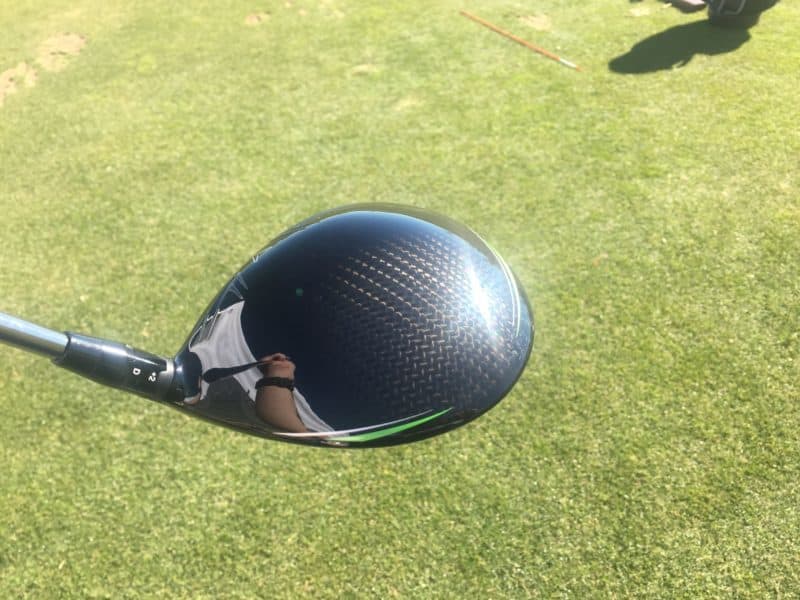 Most importantly, though, I would have never seen just what was going on with my current gamer. Nor would I have been able to assess the flaw in my equipment and put together a shaft and head combination that had me picking up close to 30 yards with the driver. That’s right, 30 yards!

For me that only means one thing, well maybe two. The first being the hype is legit. The GBB Epic Sub Zero was a joy to swing and an ever higher pleasure to watch the balls fly down the range.What else does it mean? It looks like there’s going to be a new big stick in my bag in the very near future. I’ve never seen the numbers I was putting up with a driver before, and I can’t thank Matt Henderson enough for the invite to come check it out.

I was very impressed with Matt and his knowledge. He took the time to explain what was going on with each different setup. Then let me know what he was thinking with each change we made. It was easy for me to see, in just an hour I spent with him, why he’s respected so much in the teaching community. It was nice to get to spend some time with someone you can tell loves the sport and wants nothing but the best for the players he teachers or this weekend hacker who’s there for a driver fitting.

The overall experience was fantastic. I look forward to the next time I get to spend some time with Matt out at TPC Las Vegas.

I love sharing information about people in the Vegas valley who are stand up individuals and are doing their part of growing the game in a positive manner. Matt fits the bill for this without question, and I’m glad to share with all of you, my experience with him.