Each year near the end of December I like to look back and reflect on the past 12 months. As I mentioned in my Highlights of 2013 post a few weeks ago the year that was 2013 was pretty special. That makes me wonder if I can replicate the excitement of this year heading in to 2014 or has my run of exceeding expectations from year to year going to come to depressing end.

Within my wrap-up post for 2012 I was so pumped about what was going to take place in 2013 I completely forgot to put together a list of goals for the 2013 season.  The thoughts of working with Wade to improve my game pretty much made all of my other goals for 2013 irrelevant. Numbero Uno on my list will always be to improve as a player and have the luxury of working with Wade one on one it easy to see why my mind got sidetracked and I left out my 2013 Goals Post.

Today I’m going to look more at my 2013 season from the statistical point of view and set some goals for the upcoming year.

Overall I showed improvements all across the board and in that aspect I’m very happy. Here’s a quick look at some of the stats I follow and keep up with:

The only statistic that I didn’t show any improvement on was my Fairway% which I would have really liked seeing that percentage be closer to the 50% mark than going backwards.  I know 0.7% is not anything to get upset with but it still irks me to know it was the only stat I track that didn’t show a positive.

Without a doubt the changes Wade and I have been working on was a major contributor to my progress but I honestly believe the decision I made to “Tee it Forward” earlier in the year was just as much as a factor as improving my swing. The two worked together beautifully.

Wade helped me institute a new putting stroke, which was much like my swing overhaul, and once I got the hang of it my putting numbers started looking impressive. The drop from 14.6% to 8.4% on my 3-Putt Avoidance clearly shows that I’m headed down the right path with my putting.

We also worked on a fresh approach to my chipping game which had for a long time been a mental disaster when it came to execution of simple chips shots. With Wades help I was able to conquer my fears of “chucking the chip” and I started to see some great results in the aftermath of the lesson.

Everything worked hand in hand with each other. The better positioning at address led to better ball striking which led to fewer penalties and more “makeable” approach shots. The chipping improvement led to better first putt distances which helped with the Scrambling stats as well as the putting stats which all led to better scores.

Something that’s really fun to look at, well at least for me, is how my 2013 stats compare to 2010 when I just picked up the game again for the first time in years

Looking at that chart just goes to show that I had no idea how to chip and putt when I started. Not that I’m scholar now by any means but it’s just another example of how imperative honing your short game skills is if you want to be a better player.

My main goal for 2014 is of course to continue showing improvement in all area of my game but looking at my 2013 stats there a couple of numbers that jump off the page at me. The first being Greens in Regulation and the other is Fairways.

Does anyone NOT have a goal to hit more greens and fairways? I got real controversial with choosing those two stats eh!! Truth is I HAVE to show better progress in those two areas. They cannot be stagnant as everything else is continuing to get better. I have to show progress or I’m destined to be a mid handicapper forever.

I don’t see hitting 25% of the greens I play a stretch. I should have been doing that this year, but a 5% increase in GIR come December 2014 I think would be a good goal to start off with.

As far as Fairways go I have to get over 50%. No if’s and’s or but’s about it. There is absolutely no reason that I shouldn’t be hitting at least 7 out of 14 fairways every time I step out on the course.

With how far my game has come in relation to how lost I was a year ago, another area that I need to work on is my mental game. I’m still fighting with the challenge of becoming fully engaged in my game during the middle of a round and that has allowed me to underperform in situations where had I been in the right frame of mind could have easily overcome.

My course management is much better now and what I believe has made it better is finally realizing that there are some shots out there that I have no business even attempting. Once I put my Macho self aside and the realist came out I stopped hitting shots that led to penalties and started getting the ball down the fairway.

I just need to get “frustrated” and “disappointed” Matt to stay in the car when I show up at a course, they can hang out with Macho Matt and play some dominoes, and hopefully I can eliminate more of the bad decisions that still stinks up my scorecards.

Lastly, I want to final rid myself of the Over-The-Top move that I have on my downswing that still has me fading the ball on a good day and slicing it on a bad one. I told Wade a couple of weeks ago that my main objective for 2014 is to work my ass off to get rid of the OTT atrocity I’ve had since I picked up a club.

That is going to be the ultimate challenge for me. If you’ve read this blog for any length of time is easy to find an article where I talked about how my slice killed the round. It’s been a battle for a long time but I’m done with it. This year it goes away!

There are four private courses remaining on my Vegas Bucket list that I need to play. I’d like to get at least two if those crossed off. There is Anthem CC, Red Rock CC, TPC Summerlin and Red Rock CC. Then of course there is Shadow Creek (which I’ll be playing in late April, early May. Many thanks to Mr. Andrew Ganey for that!) and then the Wynn. The others a public courses that I’m going to do my best to play and cross off. Hopefully by the end of 2014 I’ll have just one or two courses left.

I’d be happy come the end of 2014 if I’m playing around a 12.0 HDCP. The potential is there I know it, I just have to get myself focused and get under control a few of the problem areas in my game and I think I’ll be in for a good year.

I’m headed to Florida in 3 weeks to hang out with Pat down in Boca where we’re going to get in three rounds before I head up north to Orlando for the PGA Expo! I’m way too pumped up about this trip, while in Orlando I’m going to meet up with Adam and Matt from Three Guys Golf which should make the Expo even that much better and I’m sure there’s a round or two of golf to be played while we’re there! 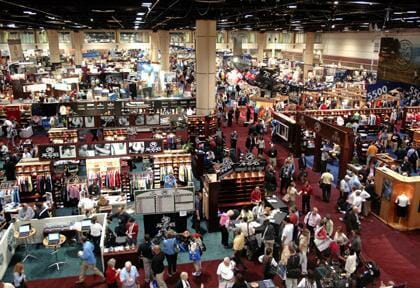 Needless to say the possibility of having five rounds of golf under my belt before February gets here is rather exciting.

So long 2013 thanks for the memories and I cannot wait for the 2014 season to start!