He shoots, He Scores. Meet my new Ping Wedge

How I obtained a brand new 52° Ping Wedge from a yard sale.

Today was a great day. Got up early with the wifey and hit up some the yard sales that our neighborhood was putting on. At least twice a year the HOA’s put on a community yard sale. They try to get everyone to do all on the same day. They’re pretty successful. I didn’t go to the last one, but the wife did and found a lot of good kids books for our girls and some other trinkets and stuff.

I went this time with one thing in mind. Golf clubs! We had already been to several sales, and I hadn’t found one thing worth picking up let alone buy. About four houses later I struck golf yard sale gold. We came around the corner, and I could see the “tables” from five homes away, yes tables. I parked the car and hopped out. This guy had been a player for years and was always buy new clubs to try out. Well, his age had caught up with him, and he was retiring from golf. He must have had 100 clubs out. He had a lot of TaylorMade and Callaway. Most of the clubs were probably 5-6 years old, but he did have some newer ones too.

Yard sales and golf clubs can be fun but it’s work.

Prices reflected the more unique items. Wisdom still had a place in his mind, and if he was going to get rid of it he wasn’t going to give it away that’s for sure. He had three hard travel cases laid out and opened with drivers and woods in them, he had putters and wedges on the tables also and boxes of golf balls, head covers all over the place. You name it; he had it. There were also three or four golf bags standing up with clubs in them too.

After I looked at all the woods and putters and balls, I made my way to the bags. I was confident that I wasn’t going to find anything. I had already seen a lot and wasn’t going to spend what he was asking for the better items.I saw an old Ping club, probably 20 years old. Just for grins I picked it up to take a look at it, and there and behold tucked neatly under that 20-year-old club, almost deliberately, was a brand new 52° Ping Tour Wedge. The icing on the cake, it was a black dot. I almost shrieked when I saw it. 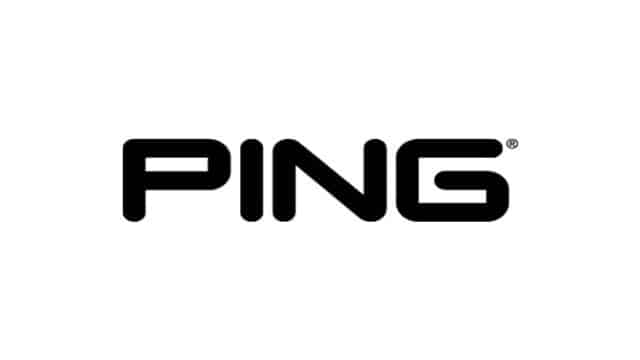 I didn’t even get that old ping halfway out of the bag before I had completely forgotten about it. A club this new had to be a mistake. The face of the club was perfect. I think I was the first person to touch the grip it was that new. Again I thought, surely had to be an error. I looked at the shaft, and there was the price tag. $15.00 Oh my God, this is no error. WOO HOO I thought. I walked over to the gentleman who was responsible for placing this excellent piece of Ping craftsmanship in my hands and within the rules of “yard salesmanship“ kindly offered him $10, which he accepted.I was too happy. Got a new club, got a smoking deal on it.

After the yards sales, we went and did some more shopping around town. We have a camping trip planned shortly, so we went, into Bass Pro Shops to price out some things for the trip. I wanted to go over to the golf section and see if they were selling the club I just bought a bit ago. There it was in all of it 52° of glory. Price tag $110.00 Man that made me feel good. Saved a hundred bucks on one club!

As I was walking around the golf section, I was looking at some the bags they had on display. My golf bag is tattered. It’s a Ping bag that’s probably 25 years old. Chuck gave it to me when I was working at LV National, I think out of pity. My bag before that I believe came over on the Mayflower, no shit. I found a beautiful OGIO bag that was on clearance (my favorite word, it’s even better when it’s Golf related.) It was priced for $149.00 and on clearance for $90.00 I thought it was a good deal. I asked what wife what she thought, and my beautiful, loving, adoring wife said that she would buy it for me for my birthday! How cool is she? Way cool!

So tomorrow I’m playing Conestoga. I got my new 52° wedge and my new bag to go along with it. Having new stuff is excellent. Looking forward to hitting the links, hopefully, I can show some improvement over my last round.