This is going to be a weekend to Remember… I hope. Nah, there is no way the next three days are not going to be still talked about in the years that follow!

In case you haven’t heard this weekend I have some rather outstanding golf lined up. You may have seen my tweet about it earlier in the week:

Considering I’ve been nonexistent over the last four weeks when it comes to posts for this site I’m pumped for this weekend’s rounds. Being able to get out for three consecutive days is an anomaly for me so I’m going to be taking full advantage of the situation.

Expect some photo galleries to show up next week.

The lineup for our three rounds is quite phenomenal. Tomorrow will be making our way around TPC Summerlin, which is home to the Shriners Hospitals for Children Open. I’ve been going out to the tournament for the last 4 years so to be able to actually play on this private course that’s home to a FedEx Cup PGA Tour stop is very exciting. 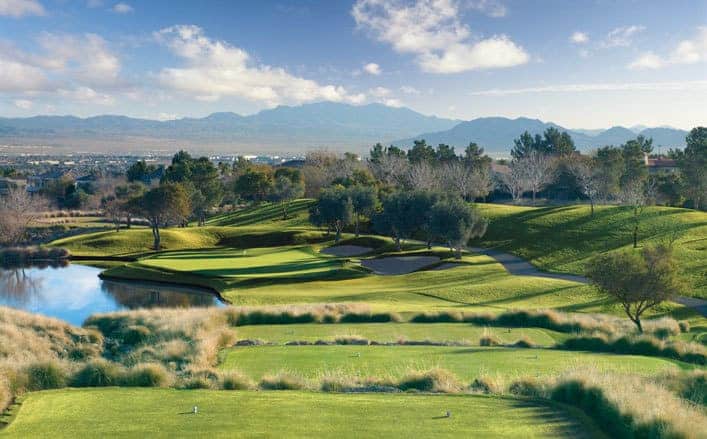 The weather may jerk us around a bit on Saturday but the other two days look promising.

For Sundays round we’ll be heading out to the overly exuberant Wolf Creek in Mesquite. So many times I’ve had the chance to get out and play Wolf Creek and something came up to postpone the round. Not this time! The weather Sunday is supposed to be perfect and I’ve heard nothing but wonderful news from several people who have recently played there that the greens issue is no more and the course is in amazing shape. 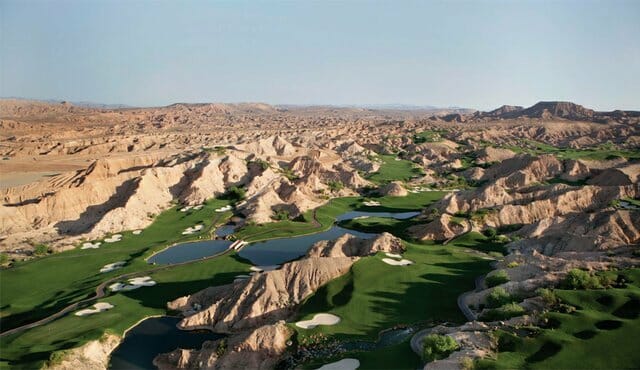 Now you have to admit, that’s a pretty excellent weekend of golf right? I would agree, playing those two courses back to back is awesome but on Monday it gets even better!

Shadow Creek is where we’ll be teeing it up come Monday morning and I’ve never been more excited about a round in my life. Yes, Streamsong was amazing and Kapalua was a life changing experience but this is SHADOW freaking CREEK. No big deal right? It’s just number five, that’s a 5 with no zeros after it, on Golf Digests list of America’s Greatest Public Courses for 2013-14. 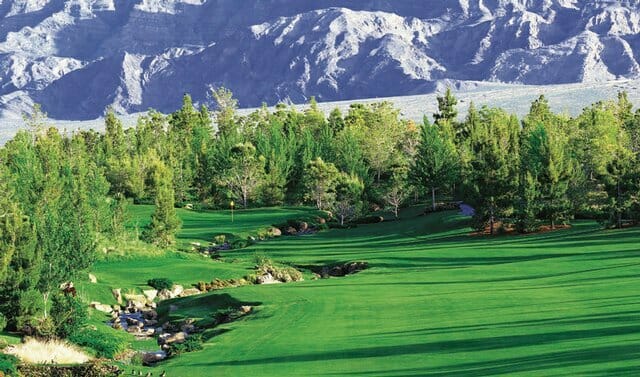 Hopefully you can see why I’m as giddy as a kid on Christmas morning!

It’s an epic lineup without a doubt and what will make it even better is the company I’ll have along with me. My good friend Andrew, who is on a plane as we speak, is coming into town as well as my PGA Merchandise Show partner in crime Ryan, aka Utah_Golf. The heavyweight lineup continues with James from the UNLV Golf team.

Hopefully I won’t embarrass myself too much. Ha ha.

There’s a saying that goes “If you’re the smartest person in the room, you’re in the wrong room.” or something like that. I wonder if the same goes for a golf foursome. If you’re the best player in your foursome it’s time to find a new foursome. I seriously have nothing to worry about in regards to that. James is flat out phenomenal, Andrew is no slouch either and has his HDCP under a 3. Johnny Utah has been on a tear of late, something to do with a new putter I’ve heard. Regardless the kid has been on great streak. I’m 41 now I get to call all these guys kids!!