Pebble Beach trip has been canceled.

It’s a sad day in the Breakfast Ball world today. I’ve finally succumbed to the reality and my 2012 Pebble Beach trip has now been officially cancelled.

I’m trying to look at it as a positive and not dwell on the negative. 18 months of planning and nothing really ever went smooth.  Everyone that was initially going has had to cancel mainly due to circumstances that were out of their control. I’ve had several other join to trip and then cancel which has put a damper on the entire trip. Andrew stepped up most resently and said he was in and was looking very forward to meeting me in Monterey for a couple of rounds. He was even tweeting about it as of Monday.

Andrew unfortunately had to back out yesterday, he found out he’s going to be traveling abroad for company this sping, and that pretty much secured the trip as null and void. What makes it outright lousey is what’s taknig place on the Golf Channel all this week, the AT&T ProAm at Pebble Beach. As much as I love watching golf, this weekend is going be a tough one to swallow.

I’m going to take it as a sign that it just wasn’t meant to be otherwise the whole process would have been a lot simpler! Maybe the golf GODS were looking down on me and saying “This one is not ready to grace our iconic lands, he’s not worthy!” and just jacked everything up for me just in time to watch Pebble all week long on TV.

Who knows, maybe their right. I haven’t exactly been lighting the courses on fire of late. Like I said, I’m going to try and look at the positive and spin this in a way that will hopefully help.

So here is my new motto:

“My games not worthy of a Pebble Beach trip yet and that’s my motivation!”

Anyway, as crappy as it is that I’m not going to be traipsing up and down the luxurious fairways and enjoying the breathtaking scenery of the Monterey Peninsula I’m not nearly as upset as I thought I’d be. Turns out I’m still going to get in some golf for my 40th birthday. Cascata Golf Club is going to be the course for that day! Now it’s no Pebble Beach but it’s a course that I’ve been dying to play for a while now. I’ve heard nothing but great things from the people I know that have played there. Then the day after I might head out to Utah for the day and take a spin around Sand Hollow. 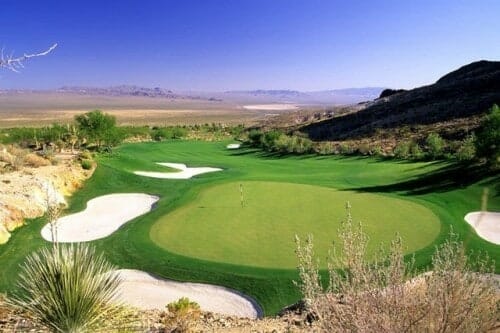 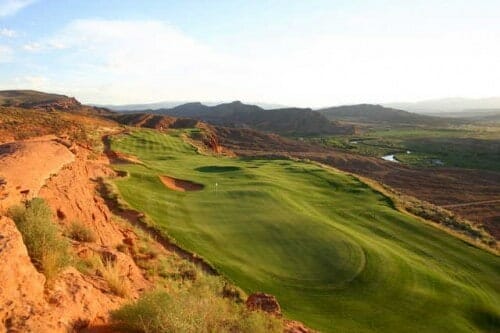 The good spin on it or good news you could say is I’ll be saving myself a ton of money! I mean a TON! The Pebble trip was going to run me close to $3,000 once you take food and gas and add it into the totals. Now I’m looking at less than $400! HUGE SAVINGS!

See, the positive! I’m not a big fan of California anyway. Well, except for San Diego of course and Anaheim and Carlsbad, ah hell, who am I kidding? California is great.