Doing some work for ThreeGuysGolf today I had a little bit of a drive up north of Las Vegas to the golf town of Mesquite, NV. I call it a golf town because unless you’re into the gambling thing there really isn’t much else to do in Mesquite but golf.

I’ve been a huge fan of the courses out in Mesquite and if you’ve read the blog for a little while you’ll know that we often head out to Mesquite to play one of my top 5 course; Conestoga.

Today though I found another reason that makes the 70 mile drive from Vegas so much more worth it’s due to an amazing golf store called Ready Golf & Gear.

Michael Brooks is the owner of this little golf Mecca in the middle of the desert and he has on his hands one of the best golf retail facility you’ll find.

Our here in the Las Vegas valley we’re not lucky enough or fortunate enough to have the big name golf stores like GolfSmith or the PGA Superstore and worse off once the economy took a noise back in 07-09  all the great little Mom & Pop shops shut their doors. To be fair we do have a new Golf Galaxy opening up fairly soon and they will be their second location in town but up until then I’ve been left to do my golf purchasing at Dick’s Sporting Goods and the Las Vegas Golf & Tennis store by the strip.

When I walked in the door I was greeted by the owner Michael Brooks right away. Now he had no idea who I was but after being at the store for while I saw a pattern where he was eager to greet every patron that came through the door and most of them by first name. 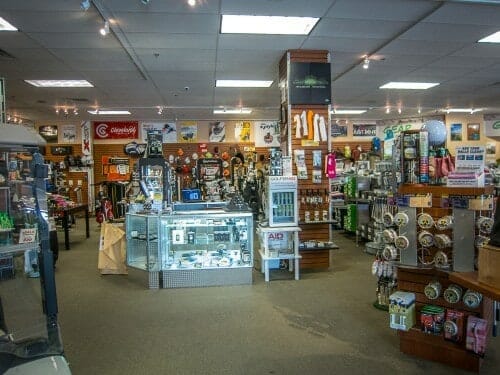 It’s that kind of customer service that the big stores are oblivious about. Once we discussed why I was there (I was getting a few Club Crowns installed for an upcoming Three Guys review) he showed me around his store and told me the story about how he used to live in Vegas but decided to move out to Mesquite and open up a golf shop. 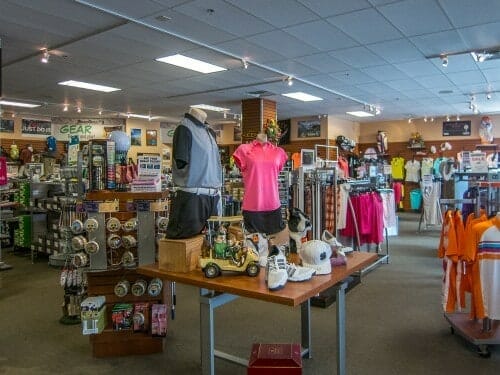 Smart move by him I‘d have to say. When your competition is Wal-Mart, you have seven outstanding golf courses in the area and there is phenomenal weather 330 days of the year it’s hard to argue that have a premier golf shop not only for visitors but locals as well, is a brilliant idea. 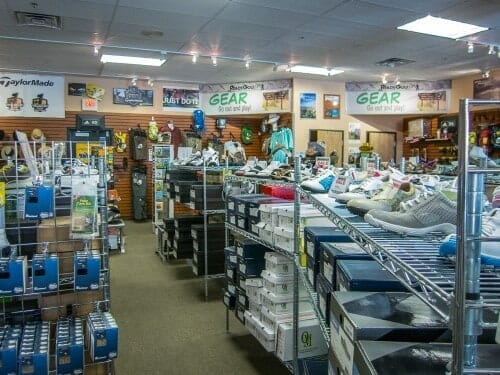 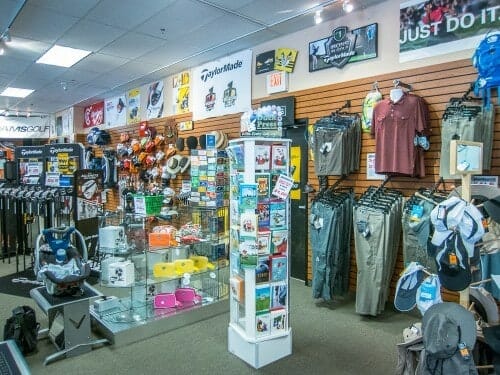 As I walked around the store I was not only in awe at the amount of product they had but was stunned at all the GREAT products they have. Asher Gloves, Cobra Clothes and Clubs, Ping, Callaway, Super Stroke, Adams, TaylorMade, Cleveland, TRUE Linkswear. It was golf heaven at a small strip mall in Mesquite, who would have thought? Not me. 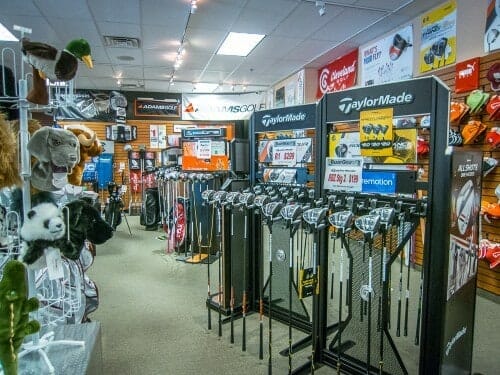 Need some balls for your round at Wolf Creek? No problem.  Need to get a few clubs re-gripped before tomorrow’s round out at Falcon Ridge? No Problem. Want to find out the clubs you’ve been swinging for the past two years are set to the wrong lie for your height &  posture? Yeah, sadly that happened to yours truly. Well that’s no problem either. Michael and his staff not only took care of me while I was there but handled each and every person that came through the door with nothing put professionalism and style in my opinion and I’ll say it again that’s something that the big brand stores are absolutely clueless about. 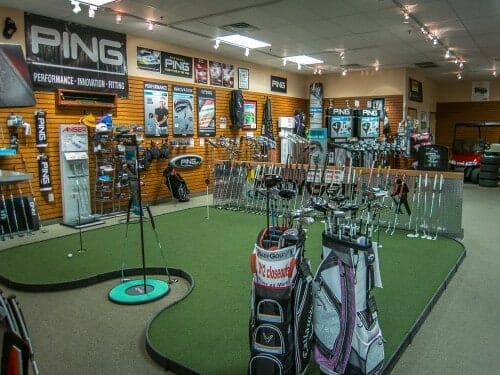 Now I don’t plan on headed the 100 miles from my house to Ready Golf & Gear to pick up your occasional golf swag but I can say that every time I play in Mesquite from here on out I’ll be sure to stop in and say high and pick up a few things. The customer service that they provide made the 3hr round trip very worth the time and very worth the mention for this post. Michael has a wonderful shop and it reminded me of how much I miss the Mom & Pop shops that used to be all over Vegas. 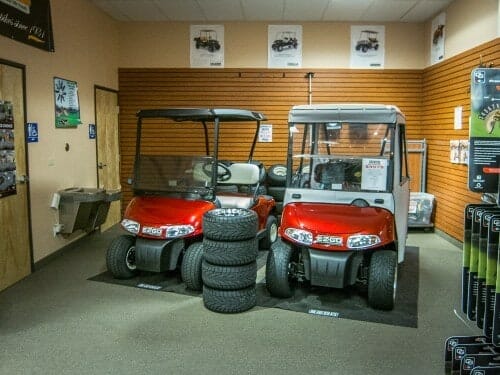 You can visit the store on their website at www.readygolfandgear.com follow them on Twitter at @ReadyGolfNV or better yet just stop in and say hi. Tell them Mathew from The Breakfast Ball sent you! I promise you’ll be glad you did!

If that wasn’t enough to make you stop in then maybe this will: 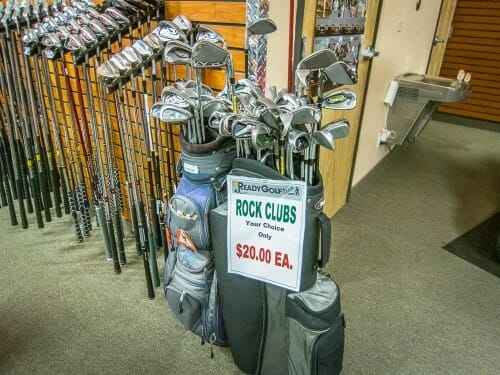