When I shot 84 the last time I played a few things happened during the round I’m hoping I will never forget. I played with a clam relaxed manner, once I fixed my grip, and overcame all my stress and anxiety I seem to allow into my head when I‘m playing.

The biggest contributing factor to my relaxed state has everything to do with not trying to murder the ball with every swing. Like I mentioned in my last post in regards to my swing, getting fit for new irons was a game changer. With the fitting I finally have a grasp of my true distances and not some fantasy numbers. It was a little challenging to overcome, since as far back as I can remember my 140 yard club has been my 8i and after being fit it’s now my 7i. Not that my 8i ever truly was the right club, I just had it set in my mind that when it was a 140 yard shot go get my 8 iron. I never realized just how damaging over swinging has been to my swing theses last couple of years.

My first outing with the new irons took place on the last day of my daughters Junior Golf League out at Boulder Creek. The coach invited all the parents out to play and I actually convinced my wife to come along, with some serious puppy dog eyes from my daughter of course! 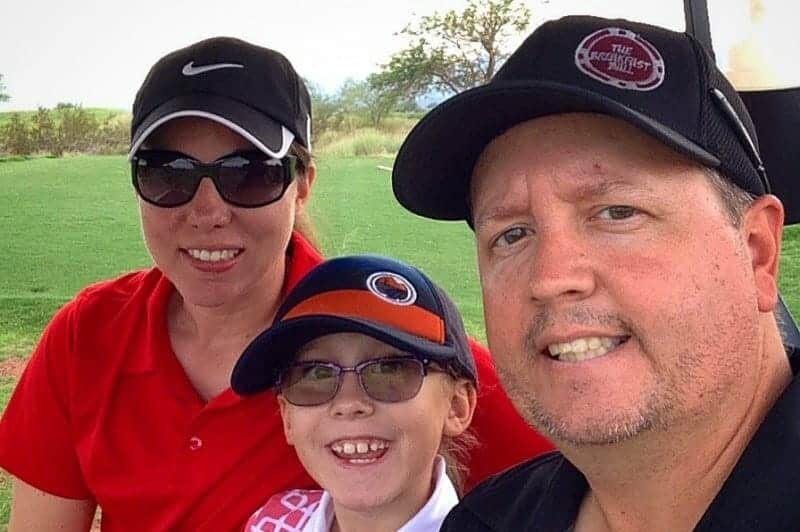 The two of them played a scramble and I played straight up from a few tee’s back. Talk about a good time, I had’t had that much enjoyment na golf course in a while! Before my first swing I put a thought in my head to take it easy. No rushing shots and no trying to crush the ball just swing easy and relax. Believe it or not, it actually worked! Let the club do the work I kept thinking, swing it easy and let the club do the work. I’ve told myself that a hundred times but that day for whatever reason, it stuck.

The third hole we played was a par 3 from 130 yards. A few months back I would have taken my 9 iron and swung Herculean like in an effort to get the ball to the green. Maybe 4 out of 10 times I’d be successful and much like your perfect tee shot on 18 that keeps you coming back time and time again even though you shot 100, it was those four successful swings that kept me thinking it was ok. The bigger picture… I was failing at a 60% rate, which is awful.

This time though with a relaxed mind and new irons I grabbed my 8 iron, took a simple easy swing and dropped the ball pin high about 3’ to the right of the flag. The ball did roll out a bit and I had a tricky putt for birdie but I didn’t care. It was a huge affirmation on how I should be swinging my clubs. Seeing the good ball flight and it being accurate was a bigger relief than I could have ever imagined.

We only got in 7 holes that afternoon and I was on pace to shoot a 42. Needless to say I was feeling confident as ever when we left the course and could not wait to get out again.

My next outing would take a little over a week to happen. It was this past Saturday at The Revere Golf Club and I don’t think I could have picked a better day, the weather was awesome and the course was empty! I was eager to get out and play based on what happened during the round with my wife and daughter but also I had some new shoes in for a review that I needed to get some playing time in. With a freed up schedule after the weekend’s soccer games I took full advantage of the time and was able to play all 18 holes. 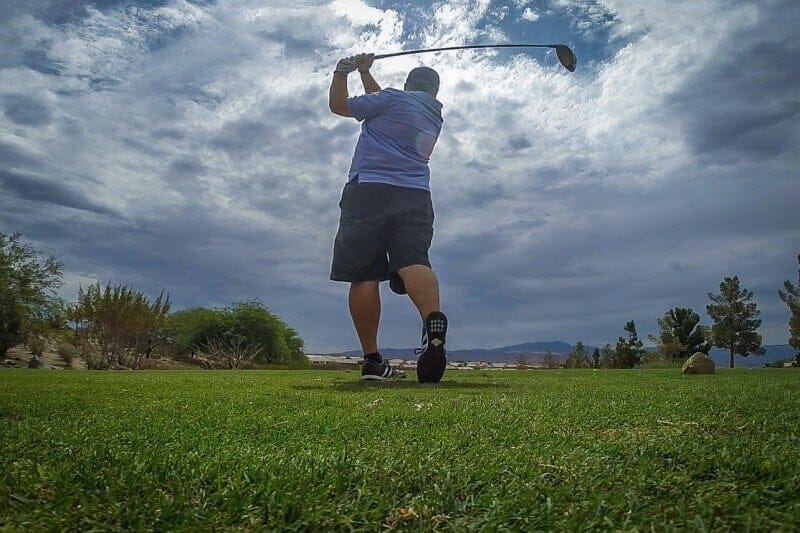 I picked up right where I left off at Boulder Creek by employing the same methodology. Swing easy and just relax. I had a feeling I was going to be in for a good day when after the first couple of holes my driver was incredibly effective off the tee. Here’s a video I shot with my new favorite gadget my GoPro Hero+. Slow motion is so awesome with a golf swing!

It was another glaring affirmation about swinging the clubs with purpose instead of power. I was averaging 255-265 off the tee and not once did I try to overpower a swing. Everything was basically falling into place with relative ease and that was unlike anything I’ve experienced on the course in a long time.

I set a new personal best of 83 (cheers from the crowd) and if my putter wouldn’t have gone south on me I could have very easily broke 80 for the first time. Accumulating 37 putts is nowhere near where I’ve been since adding the Giannini G6 to my bag. I’ve been averaging 31 putts a round since I started using the G6 and my putting confidence has been through the roof. I just didn’t have it for this round. Such is the game of golf! 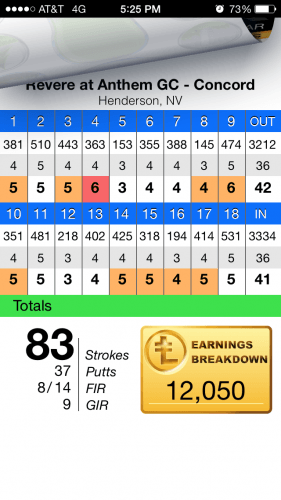 I can’t fully blame the greens either. They were slow but on the flip side they were the best I’ve ever seen there and considering I’ve played a lot of golf at Revere it was awesome to see “real” greens finally. More kudos to the new management team that took over for Troon, how they were oblivious to their crappy greens for so long stumps me to this day. I guess it explains why their gone!

Even though I should have shot in the 70’s for the first time in myt life, I was nothing but elated on how the round went. I set a new personal best, the new irons are better than I could have ever imagined and this new approach I’m developing where I’m more relaxed and void of aggression is starting to take form as a real process. 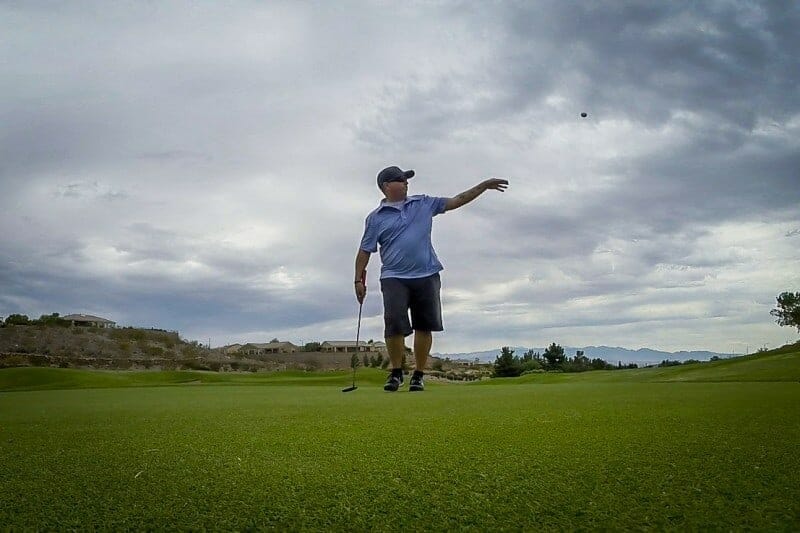 I’m excited again. It’s been a while since I was actually pumped to get out and play some golf. Putting aside the pure fun of playing, I’m always excited for that, this new feeling of excitement where I can’t wait to go out and play decent golf has been energizing!

It couldn’t come at a better time either. My summer vacation is not too far away and a trip to Bandon Dunes to play the Pacific Dunes course is happening. I’m hoping this new found love of playing with a purpose can continue for me and result in a very memorable round up in Oregon.