When you hear people talking about Loudmouth Golf, the name John Daly instantly becomes a topic of conversation.

He is, after all, a major contributing factor to the wildly successful clothing line. Even though Mr. Daly (who I am a huge fan of) helped get the juggernaut that is Loudmouth Golf off and running. It’s what they have done since their inception in the golf apparel business that is a fantastic story. Moving way beyond just pants and shorts they have tackled nearly every aspect of a wearable product.

It’s amazing how well they have branded the name and reached an entirely new segment of the population with their marketing strategies. For me, though, it all comes back to the clothes, and I love it every time I see JD out on the course rocking some Loudmouth gear.

The truth is, I don’t own a lot of their clothes, just a pair of shorts. I’ve never felt confident enough to walk out onto a golf course in attire that some might find inappropriate. Plus I seriously think your golf game needs to be able back up such a unique outfit, and up until recently that hasn’t been the case for me.

With a summer to remember taking place over the last several months, my game has been the best it ever has been; when Loudmouth reached out to me recently, I said what the heck and agreed to do this review of their new pattern “Bandanas.” 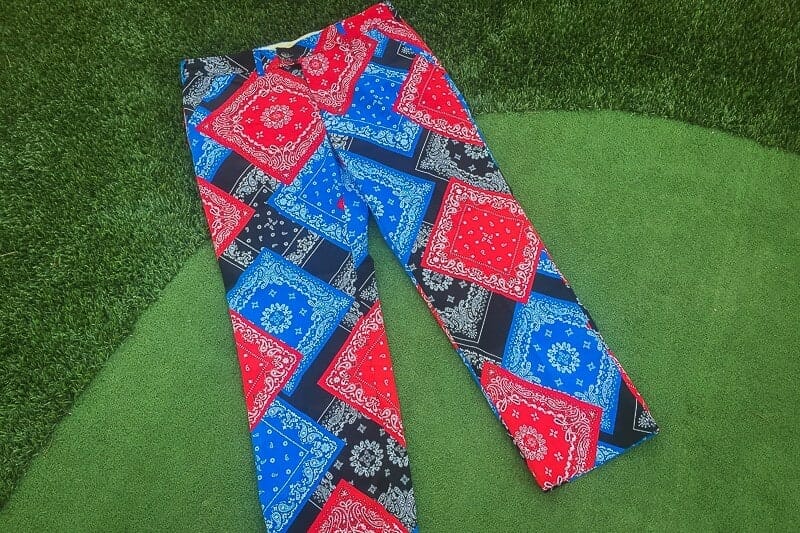 My first thought when I opened up the package was “WOW, these are LOUD!” Ha ha. Accurate to their maker the Bandanas pants are truly a unique pattern, unlike anything you’ll ever see. My kids differed with their opinions – my youngest just didn’t like them at all, but my older daughter thought they were awesome! Even more surprising than that was that my wife likes them, a lot. So much, in fact, I might get her a pair of the capris in the same pattern.

She’s no stranger to Loudmouth either: 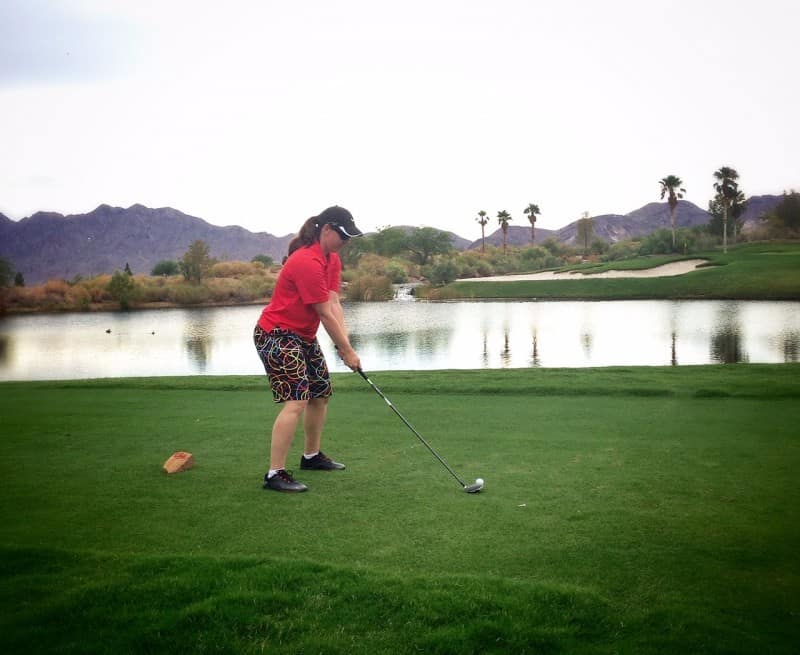 With a 50% approval rating from my daughters, a boost of confidence from the Mrs., and a game that’s in decent shape, I headed out to one of my favorite tracks in the Valley, Chimera Golf Club, and put on the Bandanas for a round.

As a player who wears black and white probably WAY too much, I was expecting it to be more of a challenge finding something to go with these pants. It turns out, bold, dark colors are a perfect combination. A new QED Style Polo I recently obtained was the perfect companion for the day. A ton of style and a heaping amount of WOW factor is what I was representing when I opened the car door, popped the trunk and pulled my clubs from my car.

Here’s a fact about wearing Loudmouth clothes: people look, and they look a LOT! Mind you this was a 6:40 am tee time, meaning the usual crowd of retired ladies and gentleman were on location. I’m confident my attire caused some serious ligament damage to a few necks as I walked over to the range, set my bag down and started my warm up session.

The early morning sky wasn’t bright enough to warrant my sunglasses, but I fully enveloped the “cool guy” mode while I was warming up and wore them anyway so that I could look at the crowd’s reaction to my attire. While most of them looked at me with humor and others in sheer horror, I just took it all in and could not help but laugh on the inside. This outing was going to be a fun round!

It was a little intoxicating having that much attention is thrown my way for simply wearing some pants that go against the grain. Most of the people at the course got it. I wasn’t trying to change the face of the game; I was merely having fun playing the game I love to play.

I recall one instance where I was walking up to the green, and on the next tee box one player blindly (while staring at me) tapped his playing partner and motioned him to look my way. He turned his head, looked, lowered his sunglasses and looked again (Huey Lewis-style). “Wow, I” he mouthed as I stepped to my ball and placed my marker on the green. It was hilarious; I totally felt like a runway model while, in the back of my head, I was channeling my inner “Right Said Fred” and chanting to myself “I’m too sexy for these pants, too sexy for these pants.”

It goes without saying I had an absolute blast. Shooting 82 certainly helped and even though I was playing with two strangers instead of some good friends the day was quite enjoyable. The looks from other golfers were comical all day long. From the many thumbs up to the looks of disgust and the two little old ladies who HAD to get a picture with me (scary thought, I know) I encountered it all that Sunday morning and looked forward to the next time I take my Bandanas out for a round.

Aside from being a topic of conversation for the multitude of golfers on the course, Loudmouth makes well-made clothes 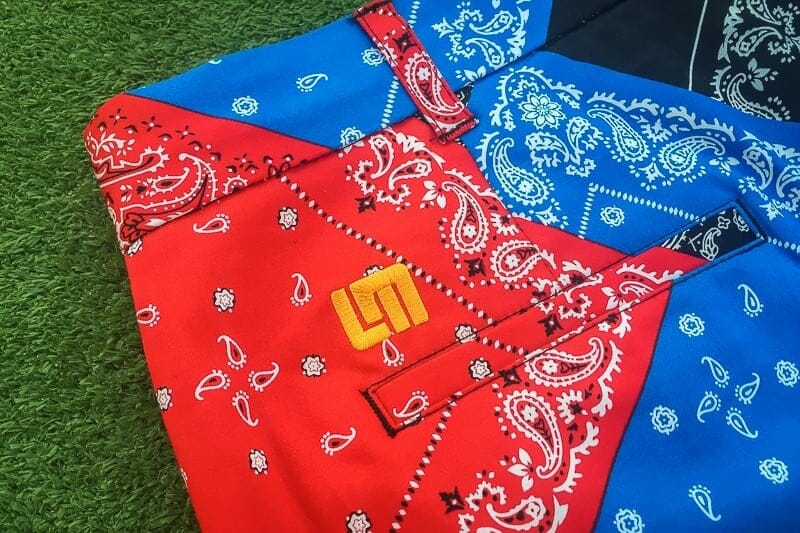 With a blend of 97% cotton and 3% spandex, the pants are amazingly comfortable. They feature full back pockets that hold my scorebook without any issues and also feature a fancy ball marker pocket within the right side pants pocket. If you’re not familiar with this ball marker pocket, it’s cool. There’s a smaller, little pocket inside of the right pants pocket which I use to hold my ball marker. I like it because it keeps my divot tool and marker separated from each other. That way you avoid the clank-clank noise when you walk. 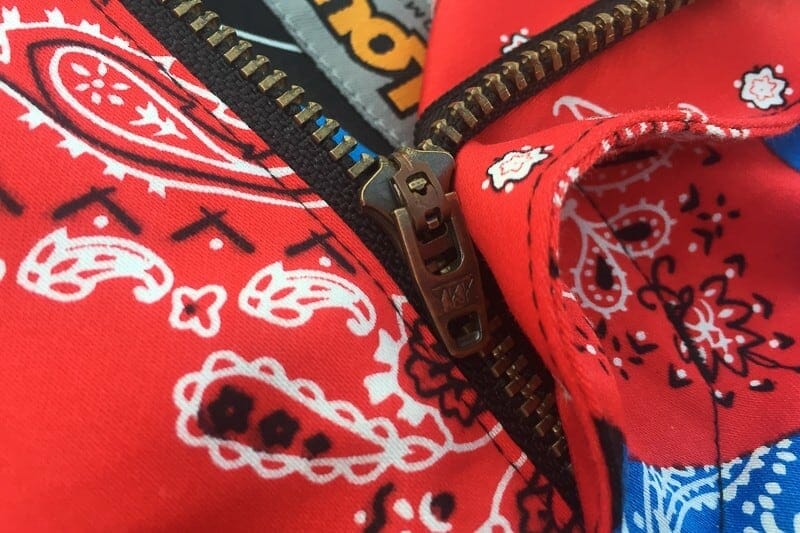 Like all the Loudmouth pants I’ve encountered in the past, these feature the same hook style system to fasten along with a button. On the lining of the pockets and the inside of the pants, you find a toned-down two color print variation of the Shagadelic pattern, which adds a little flare not only to the inside paneling but the overall look of the pants. 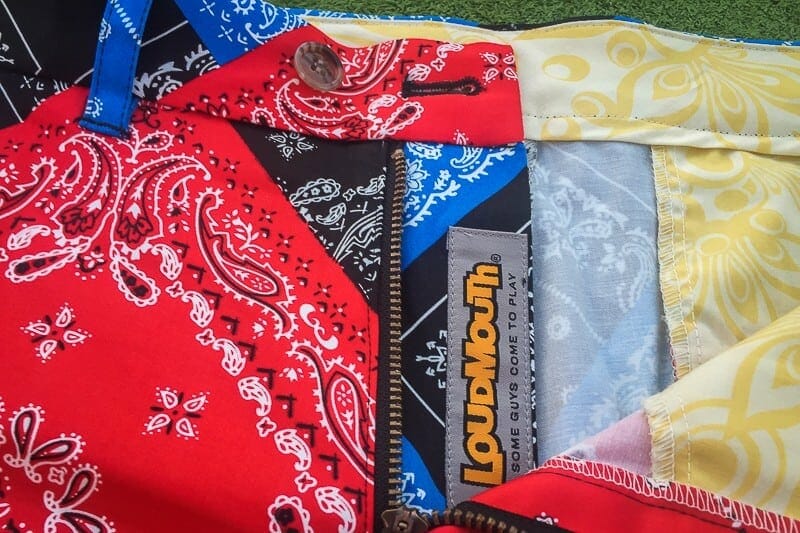 The weather out here in Vegas was still too warm in my opinion to justify wearing pants, but I went ahead and gutted it out like a trooper. It was a beautiful day with a bright sun and no wind whatsoever to blemish an impressive outing. Would I have rather been in shorts? Oh hell yes, but playing the round in the pants did provide some valuable information that I probably would have never realized had I decided to postpone the Bandanas round and gone with some shorts.

Even in the warmer weather, the pants were quite comfortable. I never got to a point where I was uncomfortable. Even late in the round when the sun was blasting away at me and my dark apparel. A product made up of 97% cotton I was sure was going to lead to chapped areas. If you know what I mean! 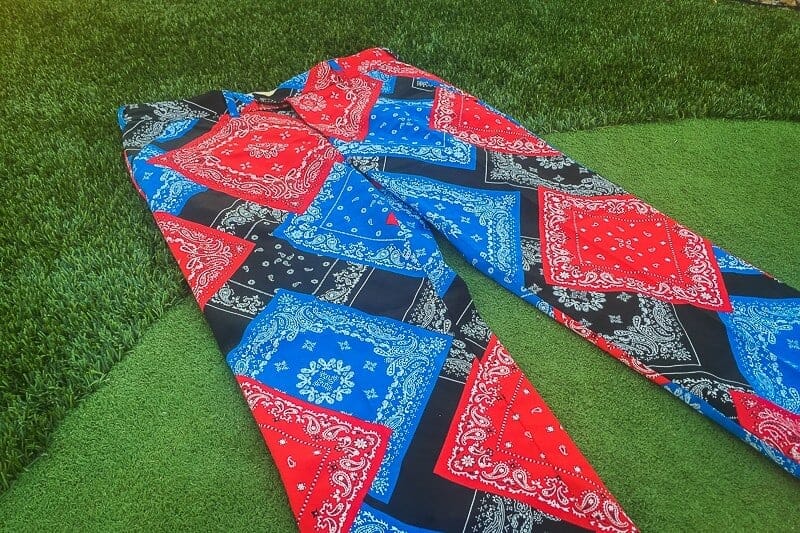 Not the case, though, the pants performed great, looked great (at least to me and a few of my fans). I was beyond pleased with this pair of pants and the new design.

Just make sure to pay attention to the cleaning instructions carefully. I have it on good authority that if they touch a drier, you’re going to have a pair for your kids! Because of the cotton and the vibrant colors, there are some specifics you should follow. 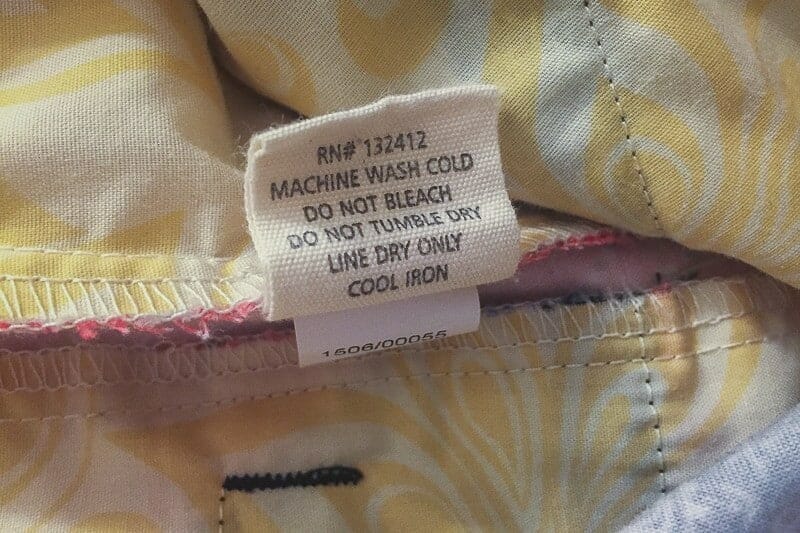 Luckily I haven’t had any of the pieces I have from Loudmouth go south. So I would advise anyone to stick to the above instructions.

The sizing was perfect. It’s always a fear when you buy online that the size is nowhere near what you typically wear. No issues with the overall fit, the waist is a perfect. I have come to realize, though, when wearing shoes from TRUE Linkswear I need to consider getting the inseam maybe one size shorter. It sucks being a short fat guy sometimes!

Great day out at @chimeragolfclub. The @loudmouthgolf_hq were LOUD and had people turning there heads at every hole!! Ha ha!! Can’t wait to get back out here after the over seeding. This place is quickly become my favorite place to play in town. Staff is awesome the changes are noteworthy. #golf #vegasgolf #chimera #whyilovethisgame #instagolf A photo posted by Mathew Wangrycht (@thebreakfastball) on Sep 6, 2015 at 10:47am PDT

So, do you think you have what it takes, like Mr. Daly, to play a round in some Loudmouth gear? If so then head on over to their WEBSITE and pick yourself up a few pairs.

Don’t be surprised, though. Loudmouth will turn heads, I guarantee it. I’m certainly not done with Loudmouth.

Coming soon to a course near you, me rocking a pair of these New York Yankee Pants:

I’m too big of a Yankees fan not to consider strutting around the course in those bad boys!!

The Bandanas Pants from Loudmouth Golf retail for $99.50 and come in a wide variety of sizes.

Pick up a pair or two today and make a statement on the course. With something other than your golf swing!