WOW  is all that is needed to say when it comes to Rio Secco.

I’ve wanted to play Rio for so long I was hoping that the anticipation of playing there wouldn’t kill it for me and I’d be disappointed. All of those premature thoughts went away after about 15 minutes at the course.

I arrived at the course about 45min before our tee time. Went inside and checked in then made my way to the driving range. What a nice place. The driving range had two sections, mats and grass. The mats are behind the grass and that’s what was open to hit on. These aren’t your normal driving range mats by far. You can use a normal tee with them. Just like what Michael Breed uses on the Golf Fix on The Golf Channel. Very nice, only problem I had was my tee went FLYING after every shot with the driver. It was a new experience hitting off a service like that. My diver was solid on the range and my irons were ok, not at all where I want to be before I tee it up but not the worst warm up that’s for sure. My issue continues to be my 4i, 5i & 6i. I hit the 7i & 8i ok then just rock star my 9i, PW, UW & SW.

Before I knew it the rest of the group had shown up and it was time to get to number one. Didn’t get in any putting or chipping, I have to keep on eye on the time and make sure I get some of the practice in!

Being the first group off the tee is amazing, no one in front of us and a wide open course to play on. I hit a decent tee shot, faded a bit to the right but in play. One if the guys we were playing with just smashed the ball, his tee shots were something to see. My tee shot had left me 170 to the green with a slight downhill approach. I hit a nice easy 5i on to the green and had a shot at birdie. 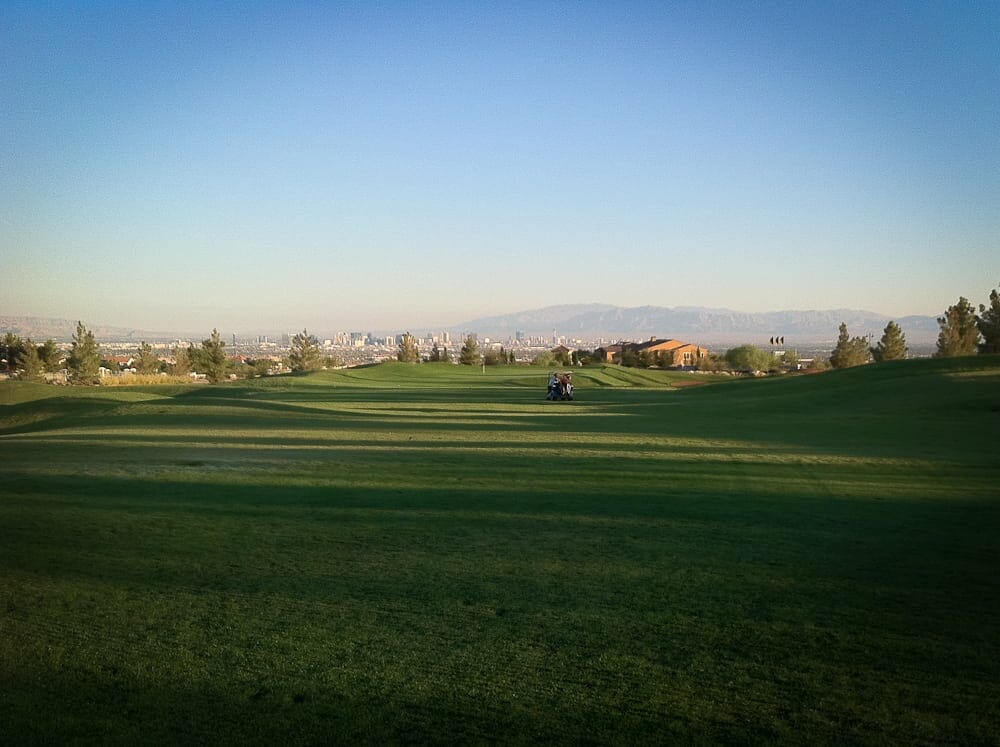 It was a great day. My score didn’t reflect greatness but the day was pretty amazing. I shot 50 on the front and 57 on the back. I missed a 1 foot putt on 8 for par that really irked me. I let it get to me for too long and hit a couple of poor shots after the fact. As I got to ten I just told myself there wasn’t anything I could do about it and make it next time! That seemed to work and I soon forgot about it.Did I mention I didn’t get in any putting practice? Now I’ve putted on some nice green before, but nothing like Rio. These greens were out if this world. I wanted to take my shoes off and just walk around on them, they were that nice. I had around 30 feet to the hole, uphill and left to right. I left it short and hit my two footer for par. Not a bad start. I pared the first hole at Rio Secco I thought to myself. This could be a great day. 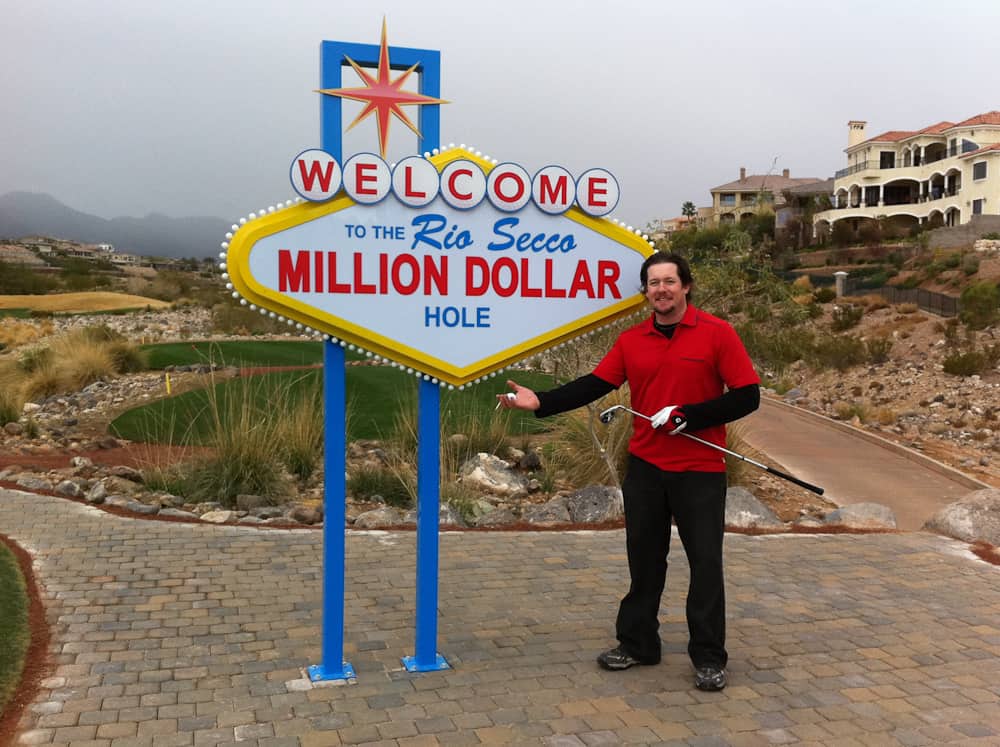 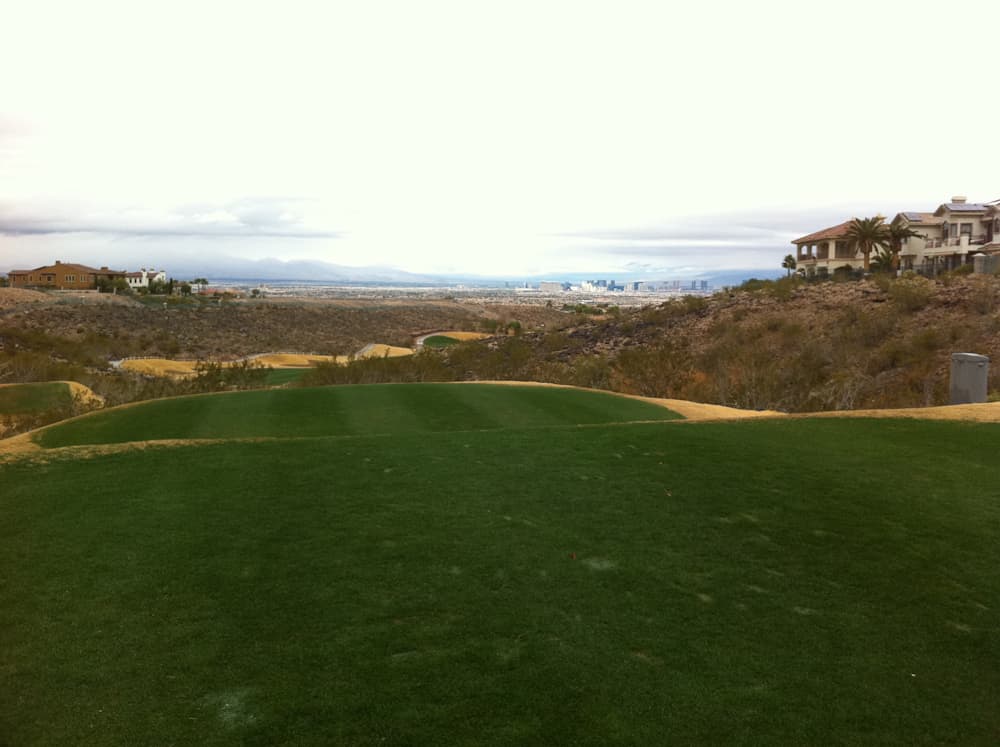 Back nine started great. I hit an awesome tee shot, left myself 104 to the flag. Then I chunked my approach and left it about 15 yards short of the green. Imagine that I hit a fat golf shot. The fatties are killing me! I struggled through the back nine; it plays a lot tougher than the front does, in my opinion. I bogeyed 17 and 18 which par 5’s so that helped; my second shot on #18 was out of the fairway bunker so I was pretty happy with bogey. Seventeen was way worse with the same outcome. My second shot went right into the desert, third shot I barely made it out of the desert and had a bad lie for shot #3. Stroke three was bladed and ran across the green to a green side bunker. Fourth shot was another bladed ball that caught the lip of the bunker (thank God) and came to rest two feet from the flag, one putt for bogey. HA. Even I had to laugh at that score.

Randy ended up with a 98. He beat me by one stroke on the front (DAMN THAT 1 FOOTER!!!) and kicked my ass on the back.

I would highly recommend Rio Secco. Locals get a smoking rate and the place is golfer’s dreams come true. I want to play here again with Pat when he comes out this winter, and see how well he does on a real course! 12 Hdcp my ass! HA, just kidding brother!!