Where are the roses?

I wish I could stop and smell them but chances are I’d step right over them as I head off to my next project!

If anything the next 8 weeks should be incredibly entertaining. The biggest news being I’m finally getting a chance to play the luxurious Southern Highlands Golf Club in a few weeks and I could not be more excited. Getting the chance to cross off my number one bucket list course for Las Vegas is a big deal and I’m sure it’s going to be a special day! 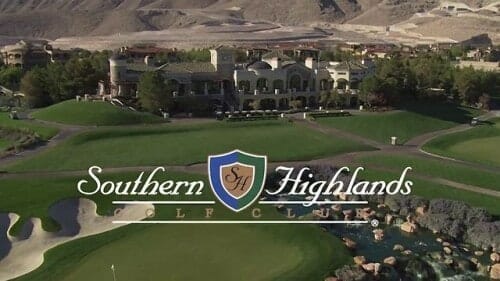 The last two weeks have been a blur. I’ve been so busy with both of my daughters being in mid-season for soccer that it’s hard to find some free time to just get out and practice, and my practice area is literally twenty feet away in the garage! Before you know it 11pm is upon you and the last thing on my mind is swinging my clubs.

The worst part is I haven’t even picked up a club in 10 days. That’s way too long and I cannot wait to get back at it. Hopefully with things settling down over the next couple of days I can get myself back into my routine and back to the grind.

I have the round at Southern Highlands coming up, another trip around the impressive Bali Hai Golf Club and then it will be just a few weeks later when Pat comes into town and The 2013 Winter Classic kick off. We’ll be playing three courses as usual and in this year’s rotation we have Primm Valley Golf Clubs Desert Course, The Revere Golf Clubs Concord Course and we’ll be finishing things off at one of the Courses out at Paiute. More than likely the Sun Course will be the one we play. The plan was to play the Wolf Course but with the floods that hit the valley back in August the 18 holes on Wolf have been shut down for repair. The good news is it will reopen on January 1st of 2014.

I have a couple of new products that I’ve come into contact with that I’ll be sharing with you. One being a product that every golfer needs and probably has, just a different version so to speak and the other is something I think is going to be a hit with not only golfers but a lot of other athletes as well and maybe some back breakers in the labor force. Stay tuned for those product reviews coming soon.

That pretty much sums it up as far as why I’ve been on the silent side of things of late. Not that I haven’t been busy though. Be sure to head on over to Three Guys Golf where I’ve been reviewing some rather impressive products. Skechers Golf Shoes, The TaylorMade SLDR Driver,  Club Crown and one of the coolest gadgets I’ve reviewed so far the Golf Cart Charger from Gimme Charge. Be sure to check those reviews out along with all the other great content that comes from Three Guys Golf.