Well to say I’m disappointed is a gross understatement. Everything was in place for a great round of golf. The weather was amazing, the course was outstanding, and I was pumped to hit the links.

It happened so fast I didn’t know what to do to overcome it. I played the front nine in 49. I didn’t have a blow up hole, a lost ball, or a penalty stroke. Yeah, 49 is too high, but I was happy I was playing decent golf. Randy on the other hand was on FIRE! It was fun to watch. He was hitting every shot!

My demise was number 10. It’s the replica of the road hole at St. Andrews that I was so eager to play. I hit my drive and it sliced, pretty badly. I knew the hole dog-legs right so I wasn’t too worried about it. I got to the ball and had a decent lie; I was about 210 out and got out my hybrid (first mistake). I lined up the shot and proceeded to smash it about 40 yards too far to the right, over the wall and OB. Crap. So I drive up to where it passed over the wall, hopped over, started looking in the mess of rough. Randy was kind enough to tell me that over the wall was OB and that I had go back and re-hit. So I did, grabbed my 4i this time and made a much better shot. So, 1 off the tee, 2 out of bounds, drop 3, hit 4. I was about 65 yards out- according to the sprinkler head a foot away. Took out my SW and hit (stroke 5) what I thought was a nice soft wedge. It landed in the road hole bunker, you know the one the always show the pros being demoralized in. The worst part was that it plugged in the dirt wall. No shot at all! Ended up with an eight and it went downhill from there. I shot 57 on the back. Really bad, and it could have been worse, a lot worse. I did make some nice chip shots, but the majority of them came up short.

The greens were so fast in the morning. On the first hole I had a nice 10 footer for par and rolled it about 12 feet past the hole and I barely hit it. The greens slowed way down by about the 12th hole, but I would have t o say they were the fastest greens I’ve ever putted on.

OK, now to the course review:

Royal Links is a fantastic place to play a round of golf. The facility is amazing. The staff was incredible and very professional, from the guy who checked out bags to the pro shop counter to the cart girl and bartender. I got to the course about an hour before our tee time, checked in and headed to the range. I’ve said in the past any course that charges more that $50 to play a round should offer free range balls. Royal has a very nice, secluded range with unlimited balls, on grass! They had some nice music playing in the background and a large clock so we knew what time it was.

We got to the putting green and played around there a bit before heading to the first tee.

There was a foursome that was scheduled ahead of us, but when they saw that there were only two of us they kindly let us go ahead. That was great, because once again, we had the entire course wide open in front of us, with no one to worry about ahead of us or behind. That’s the only way to play! 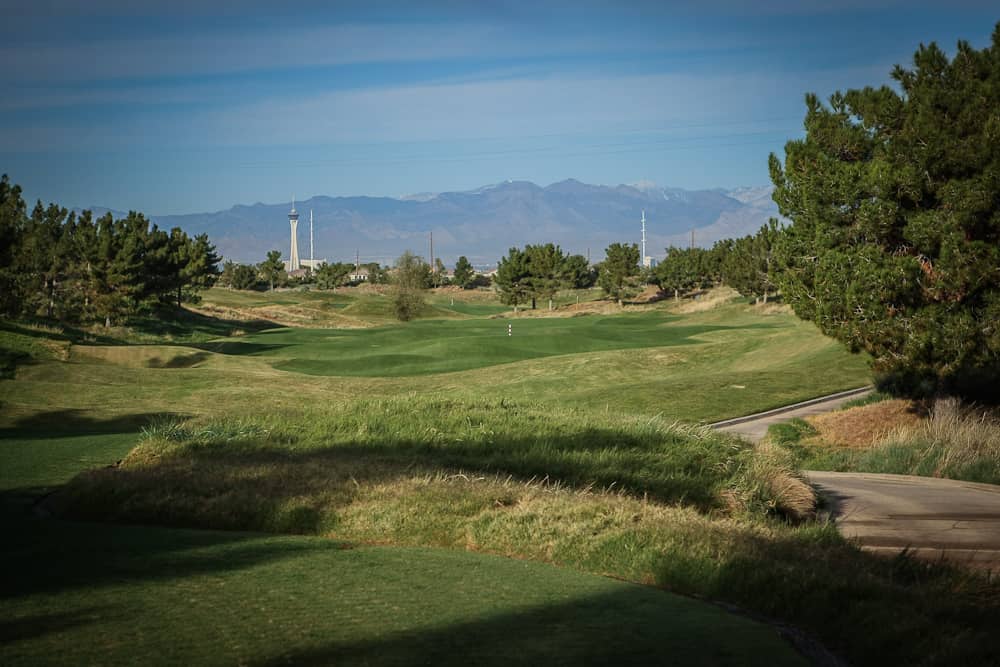 The fairways were fantastic, the greens were awesome. I don’t think I had to repair one ball mark the entire day (not even mine HA). The bunkers at this place are unlike anything I had ever seen before. So tough on some holes I’m glad that I only had to hit out of two of them. Although on number eight after we were done with the hole we went and threw a ball in to see if we could get out. Why there? Well,  it’s a seven foot deep bunker that’s makes you feel like you’re hitting out of a hole dug from China. I made it out in two, and was pretty stoked about that, Randy made it out in two also. Ass Hole. HA both of our shots rolled off the green. Mine was playable; Randy’s went into another bunker, Point Matt!

All in all I would have to say my golf experience was a 9. Can’t think of anything that could have made it better, well maybe free cigars!After the round we stopped into the bar and had a drink and lunch. Nacho was the bartender, yes Nacho. Best golf course bartender ever. He was great. I could have sat there all day long and watched him work.