The Shanks: A Golfer’s Worst Nightmare

The Shanks. Good grief, it hurts just typing it out.

And… I’m not talking about these Shanks: 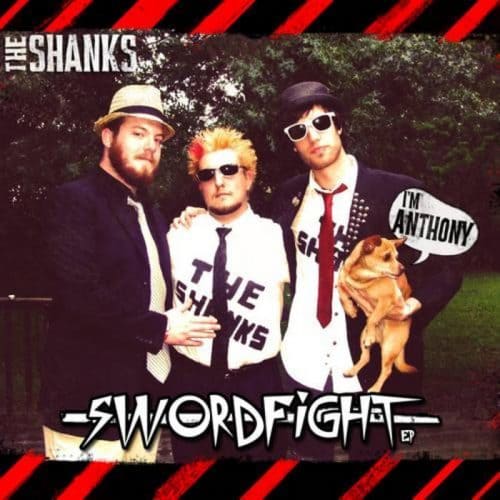 There are many things golfers fear, but I believe there is nothing more terrifying than having a case of the shanks. With the help of Wade over the past several years, I’ve gotten good at self-assessing my swing flaws. I can typically figure out what’s going on when things go askew but, this bout of the shanks I’ve been dealing with has had me stumped for weeks.

It started out a few weeks before my trip down to San Diego to play Torrey Pines. I played a few rounds with Andrew here in Vegas before us meeting up in SoCal, and that’s when I started to notice a few shanks with my wedges. While in San Diego, a few turned into a lot, and the mystery began.

What had me stumped the most was it was happening with just full wedge shots. My pitching wedge through my 60*.

The shanks were so awful I went completely away from taking full swings with my wedges. I decided just to club down and take some half swings to keep the ball in play. That ideology worked a few times after my return from San Diego, but unfortunately, you can’t hit every shot you encounter with a clubbed down half swing.

I hit rock bottom a week ago when I went and played with my buddy, and OG Breakfast Baller, Randy. This was Randy’s first outing since having back surgery. I was pumped to play with him again; we have a blast on the course. Even with my shanks in my bag, I’ve been playing good. My driver has been on fire, and the only real weakness I’ve seen from myself of late has been my putting.

I started the round in ok fashion. After a perfect, and I mean PERFECT drive, I chunked my first half swing pitch. Next hole, another perfect drive with a much better approach. I wasn’t playing my best, clearly, but I was getting around a course and having a good time. Everything went sideways on the 8th hole, a short par 4.

I had missed the fairway to the right by about a foot. When I took my stance, I was in the fairway, but my ball was tucked deep in the rough. With only 115 yards to an elevated green, I grabbed my wedge, took aim and fired. I fired a Hosel Rocket a perfect 45 degrees to the right directly into the lake. Frustrated as hell I took my drop and not once, but two more times I fired nasty shanks into the lake.

From that hole on I was deflated. My mind was done, and I was beyond happy with what was taking place. I tried to fight through the agony and at least try to play some good golf. That did allow me to have some success on a few holes, but not many. I ended up that day posting the worst score I had in a while and left the course defeated in more ways than one. 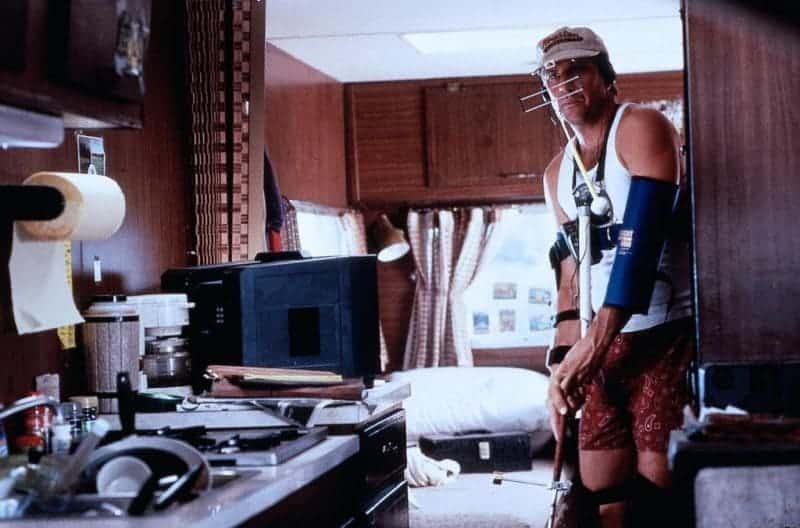 I tried over the next couple of days to self-medicate my flaws. I spent some time in the backyard chipping, just trying to prove to myself that I have the ability to do this. After the confusion had hit an all-time high, I decided it was time to get Wade on the phone and see if he had any input on the situation.

Turns out Wade, once again, is a genius when it comes to the Ballard swing. In literally 5min he had me in a setup position going through the swing and bringing to my attention what he felt was taking place. Wade has been dealing with my swing inadequacies for a few years now, and I think, no wait, I know he understands my swing flaws and how I can revert to my old ways. It’s always awesome to get a Wade Refresher now and then. This refresher was long overdue.

With the Ballard swing, you stand more upright than bent over at the waist. For me, it took a while to grasp the concept of swinging like this way. I have a huge tendency to revert to my old swing once I get the club to the top of the swing. My mind like to take over and go ” OH OH OH, I remember this…” next thing you know I have my old, awful swing mixed with a Ballard swing. A lethal combination.

To summarize it, I wasn’t getting my right shoulder or better yet, my right side, involved the way it needed to be. I was letting the club get lazy at the top, laying it off so to speak. Those two faults; no right side activity and a lazy club at the top, lead to me coming into the impact zone with the hosel leading the way.

My golfer’s paranoia set in and I was dead set that I was going to be labeled “SHANKER” for the rest of my life. I wasn’t sure if I was going to be able to take what Wade had talked about and make it work. It did take a few sessions at home to work it out. I did the slow motion drill I used to cherish so much a back when I first started learning the Ballard swing.

It was insane how quick I felt the difference from what had been happening to what Wade was instructing. Talk about an eye-opening experience. I was shocked at how fast I was able to feel the difference. When I compared the right swing to what was taking place, it made the incorrect swing feel nasty, like what the hell was that type of a feeling.

After working on it for a few days in my spare time. Just some slow motion drills at home and work. I headed on over to Revere just to practice.

Turning the bad to good

Revere recently put in a golf ball dispensing machine near the range. It makes it super easy to park in the corner of the lot, walk the tunnel and get quickly to the range. The best factor is it’s a grass range, no mats! I got my bucket and headed out for a session entirely dedicated to fixing my flaw and ending the shanks.

That session went great. I was able to feel exatly what Wade was talking about now that I was taking full swings. The slow motion drill was such a valuable asset. Being able to feel the difference in the two swings made the transition to the proper sequence so much easier.

With the Ballard swing, you want the club pointing straight up in the air on the way to the top, with the shaft staying on your toe line. When I stated earlier that I was being lazy and laying the club off, I meant the club wasn’t standing tall, I wasn’t upright with it. For me and the Ballard swing, when the club is tall my motions to start down is much more fluid, and it prevents a return of my old habits.

Here’s a video of Rocco Mediate swinging the Ballard swing so you can visualize what I’m talking about:

At the top of the swing, you can see the club pointing straight up in the air. I wasn’t there. The slow motion drill I practiced at home got me back there, and with the first practice session, I could feel where I needed to be.

With that bit of confidence from the last practice session, I headed back out to Revere this past Tuesday. I’m happy to announce the session was 100% Shank Free!

What a relief that was. I know it was just a practice session, so the pressure of on the course play wasn’t present, but I didn’t care. The shanks were gone, and I was striking the ball better than I had in months!

Been dealing with the dreaded s—-s the past couple weeks/months. Full wedge swings only. Thankfully I’ve been able to work through the problem and I’m happy to say I was #shankfree last night. Huge thanks to Wade. What a freaking swing guru that guy is. #Golf #golflife #instagolf #instagolfer #whyilovethisgame #golf2017 #thebreakfastball #golfgrind #grinding #wedgepractice

The real test will come the next time I tee it up. In the meantime, I’m going to sit back and enjoy this impressive victory over one of the terrors of golf. I was terrified at first but thankfully I was able to overcome this bout of the shanks. Hopefully, they stay gone FOREVER!

My Fix Won’t Be The Fix For All

One thing I’ve taken to heart lately comes from the pages of the Ben Hogan book I recently reviewed. Everyone swing is their own. I say that because the shanks are a very common problem with amateur golfers, but not just us. The Pro’s struggle with them as well. It happens. It’s a flaw, and it just needs to be corrected. My flaw may be similar to yours (if you’re suffering from the shanks) but it also could be completely different.

I’m far from a swing coach so, please don’t hold me to the fire if my fix for my shanks doesn’t help you with yours. If there is anything to take from this article, it’s that with some practice and dedication to figuring out why it’s happening you can make the correction and right the ship.

For me, switching to the Ballard swing and working with Wade was a game changer. I went from a weekend hacker, ok, I probably still fit that bill, to a player that is more consistent, confident and has a lot more fun on the course. It was a struggle for a while, and I still have tendencies to revert to my old swing. But, it a process and it’s a process I’m having a blast going through to motions.