Six Down is a new apparel company that has a traditional look and feel.

Simplicity has for the longest time been an option in the golfing world. Regardless of the days when Johnny Miller and Jack Nicklaus graced our televisions wearing some rather outlandish outfits. The classic look is still somewhat appealing. Unless you’re a fan of those wild patterns from companies like Loudmouth Golf and Royal & Awesome, which by the way I fully endorse, there’s still a place for some normality in your golfing wardrobe.

Not every golfer you meet has the gumption to rock the outrageous apparel that’s out there. For most a casual polo and some nice shorts will get the job done. For Jordan Bloxham, it was those players that prefer a classic, simplistic look that had him start his apparel line.

SIX DOWN is a new startup clothing company that isn’t trying to shock the masses into purchasing their gear.

Maybe not designed for every golfer that’s out there, they have an ideology behind their plan, and that’s to bring affordable casual golf attire to players who are eager to look good, in a classical style, but not break the bank doing in doing so.

I’m sure you’re wondering, as was I, where the name Six Down originated. It refers to the depth of a standard cup which has a depth of six inches. It a place where all us golfers want to be, six inches down or what’s better known as “In the cup.”

The polo I received is made right here in the USA from 100% Fine Jersey Cotton. The Six Down logo is featured on the left sleeve, and they also added a feature you don’t see much anymore in golf apparel, a left chest pocket. It’s a nice added touch.

The Jersey Cotton makes the shirt very comfortable in my opinion. Cotton is somewhat of new material I’ve been playing in lately; for the record Vegas, summer, and cotton just don’t get along too well, so I was quick to don The Classic polo ($44.99) and get out for a round before our annual heat index climbs off the chart. 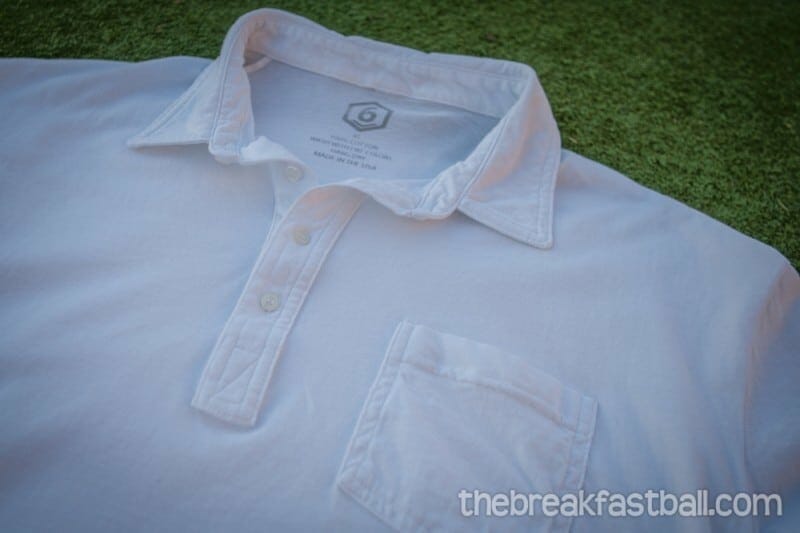 The performance was as expected and I enjoyed the round without feeling any annoyance or discomfort from the polo, and yes, that has been known to happen. You go out and play in a new shirt for the first time and end up thoroughly disliking what you just wore.

Needless to say, I have a section of my closet that is devoted to these “one and done polos.”  Not the case this outing, though. The polo was a perfect combination of style and comfort that made me enjoy wearing the piece. 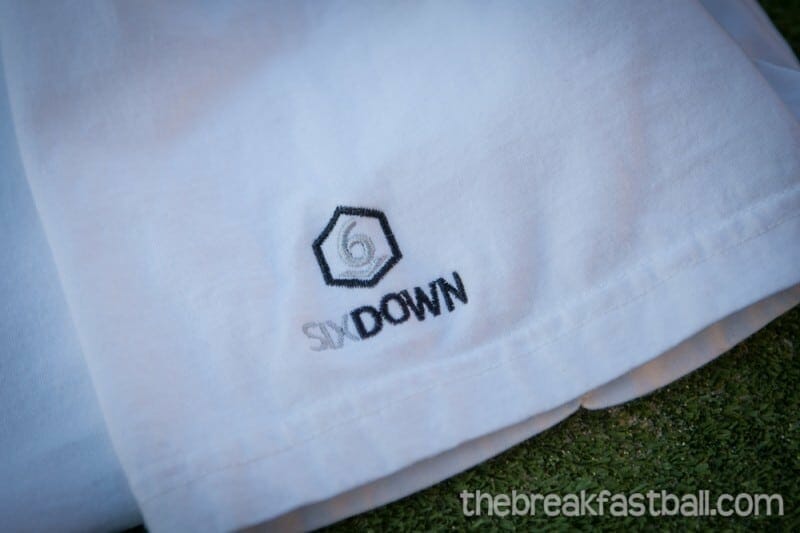 Aside from making a great go-to golf polo, Six Down has some other products as well

Ones that I love wearing around town and on the course.

I also received a couple of hats and from the moment I pulled them out of the box I’ve been happy to wear them atop my head. 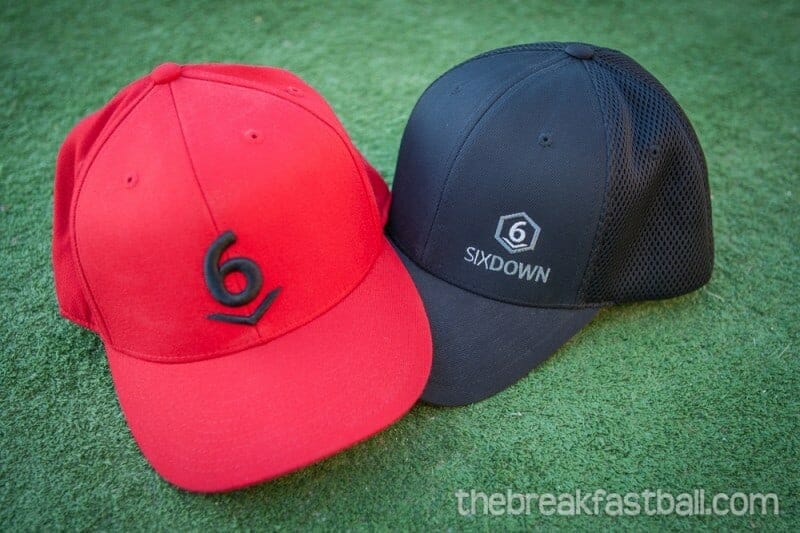 Both hats are from Flexfit.

Who by the way makes some of the best hats out there, and both look freaking outstanding.

My favorite one to wear is the black mesh back cap. It has the Six Down logo placed directly on the front, left, side of the hat. (The Logo – Black $22.99).

Straightforward and elegant, the hat looks great and more than once I’ve been stopped and asked what is the logo and also ‘where can I get one?’ I’m pretty sure those types of responses are exactly what Mr. Bloxham was hoping to hear. 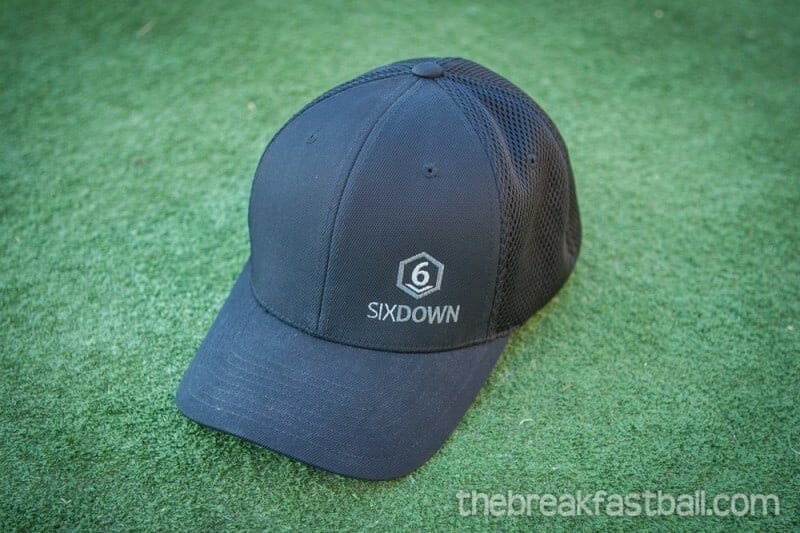 The other hat I received was another variation of the Flexfit caps. This time the 210Fitted version (Flat 6 -Red $22.99).

Like I said before the Flexfit hats are built great. It shows in this vibrant red hat with a simpler version of the logo displayed much like you would see an MLB logo on a pro cap. 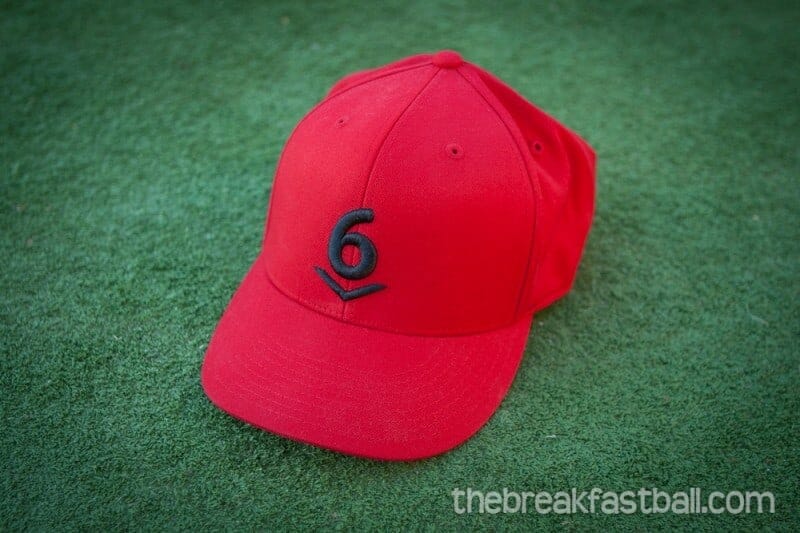 You can tell right away when you put on the hats they are high quality.

I commend Jordan for not going with the cheap version and picking a manufacturer that represents his company very well.

The last item I received is probably my favorite for one reason and one reason only, it’s a t-shirt. 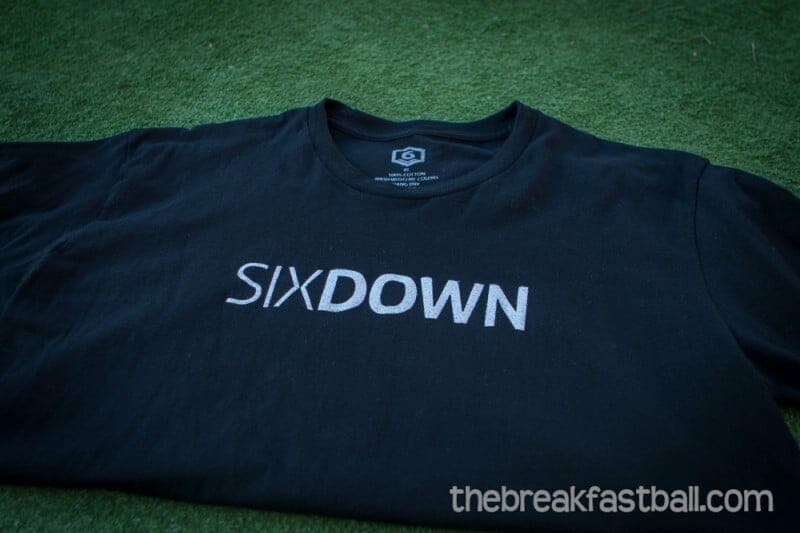 I have been vocal about this for many years.

Why more companies don’t cater to the average golfer more is beyond me. I don’t think I know one golfer who wouldn’t walk around in a Titleist T-shirt. Or a Ping t-shirt for that matter.

Yes, we all love looking the part of a PGA pro. We love how we can wear the same shirt that Rory or Tiger wore this past Sunday. For me bumming around the house or making a quick run to the coffee shop, I love throwing on a golf-related T-Shirt. It’s easy and I enjoy showing off my love for the company I’m wearing. 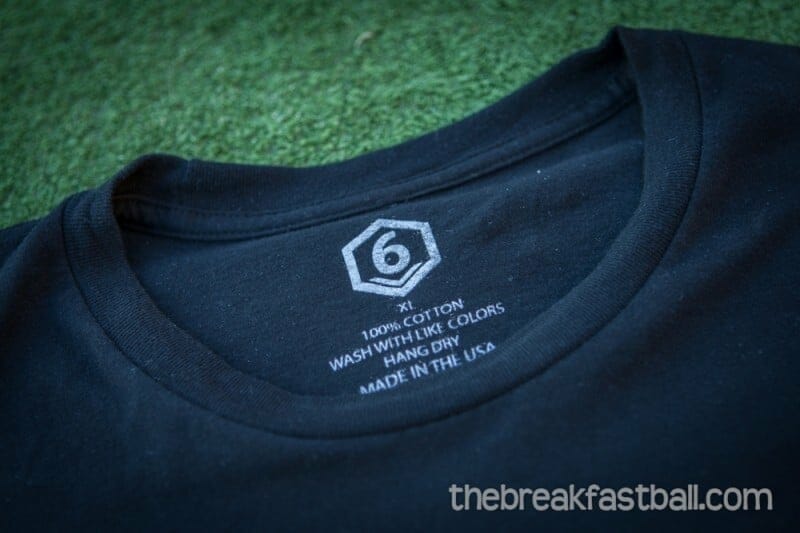 Ryan (aka @Utah_Golf) and I during a recent round were talking about how a simple logo on a hat can bring two strangers together and strike up a conversation about the game.

He was completely right. Anytime I run into somebody, be it in the checkout line at the grocery store or the coffee shop when I see any golf apparel, it’s an easy conversation starter.

Since getting the Six Down Alpha t-shirt ($19.99) along with the hats, I’ve been pretty much a walking billboard. And I’m alright with that. The products are great, the man behind the company has been a pleasure to get to know. And, I cannot wait to see what 6 Down comes up with next.

You can see all the polo’s, hats, t-shirts and more by stopping by their website.