The Wynn Golf Club is Closing. Are You Surprised?

Stories are circulating that the Wynn Golf Club will shut down.

It’s a phrase that brings sadness to the hearts of golfers all over the world:

NO LONGER OPEN FOR BUSINESS

For me, it has ringed true in several instances.

The Falls and Reflection Bay out at Lake Las Vegas. Craig Ranch, which was a hackers paradise is now a large park. Most recently the iconic Desert Rose shut its doors. For Desert Rose, it was to be revamped and reconstructed to become the new KemperSports ran The Club at Sunrise so in that instance, it’s a blessing to all of those who made “The Ditch” home for many, many years.

Not all closures have happy endings, though.

With the recent news about My Wynn’s plan to shut down the Wynn Golf Club for good, a parcel of land on the Las Vegas Strip, which has an incredible history only to be scarred by overthinking, is going down in typical Vegas fashion. Destined to be plowed and filled with what will eventually become “Wynn Lake” or whatever self-serving disaster name befalls it, the former home to the legendary Desert Inn Golf and Country Club will no longer be as renowned in this bloggers mind. 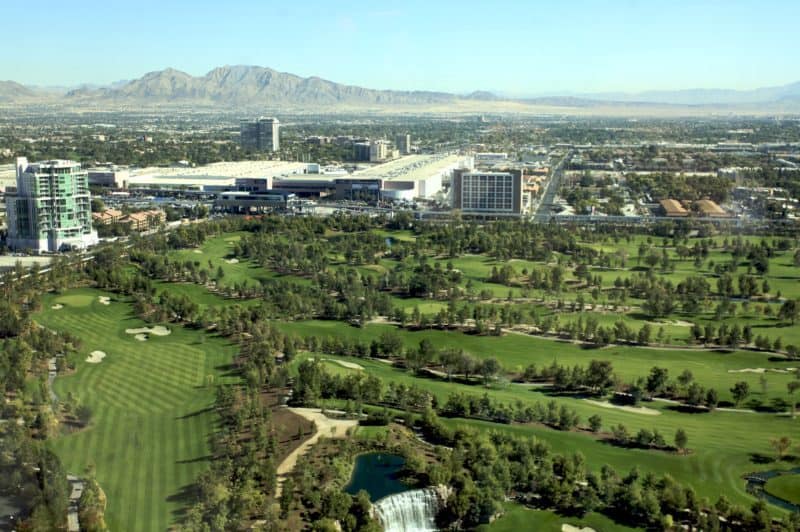 That may be harsh, but if I’m going to be completely honest, I really could care less about the Wynn Golf Club.

For years I’ve pondered the idea of shelling out ridiculous amounts of cash to say “Yeah, I’ve played it.” But never could I bring myself to pulling the trigger.

But to toss out all the glorious fairways and lush surroundings that catapult you away from the Vegas lure of the gaming to an insane idea of the filling the property a resource that’s not exactly available in mass quantities out here in the desert is even more unreasonable than the $500 price tag they insist is value worthy.

My resentment for the Wynn machine started years ago when he demolished a fantastic golf course with a rich history for no other reason other than it was old. Vegas hasn’t been here for very long, and most of the truly legendary icons of Las Vegas have been imploded in firework spectaculars as the beautiful memories drift away in the night sky as ash and sadness. I didn’t think there was anything wrong with the old course and because it hindered the construction of the Wynn Resort, it had to go.

It’s a pattern this city has taken on too often.

I was lucky enough to play the Desert Inn Golf Club before they shut it down.

My one prized piece of memorabilia from the course was a customized bag tag. I say “was” because a club attendant decided it was more valuable to him than me and stole it. That was entirely my fault, though, I should have never had it on my bag in the first place.

I had a friend of a friend get myself and a few of my buddies out on two separate occasions for a couple of incredible rounds of golf. I was such an amazing and fantastic course. The best I had ever been on at the time. I only wish camera phones and social media was alive and well back then because the only memories I have are in my head and considering that was in my early 20’s you can say “foggy” is a pretty good representation of the events.

Regardless of my lack of mental recognition, it was two of the most memorable rounds of golf I’ve played.

Back then, the historical nature wasn’t as important to me as it is now. Maybe that’s the fuel to my disgust for what’s happening. Greed killed the DI, and it’s sad to have watched it happen.

So what went wrong with the Wynn?

I think it was just a wrong spot for a premium golf resort. Take for instance a place like Bandon Dunes where you can play, debatably, the best public course in America (Pacific Dunes) for less than the Wynn. It’s in a somewhat remote location; there’s not a line of 200 cabs waiting to hustle you over to one of a hundred different hotels and casinos. It’s an adventure to get to Bandon let alone play the courses. Not only is the golf unbelievable but the area of the country is gorgeous. There are multiple courses on the property to experience, and you leave there with a lifetime of memories.

Compare that to Vegas where there are 60 courses in the valley.

All ranging from $75-$500 who all cater to the tourist. The Wynn’s problem wasn’t and isn’t the golf course; it’s where the golf course is. There’s just too much competition unless your course is named Shadow Creek.  With too many non-exclusive courses in this valley to justify a $500 round of golf. Not when you could spend half that, have just a good a time playing and have an extra $300 in your pocket for the tables. 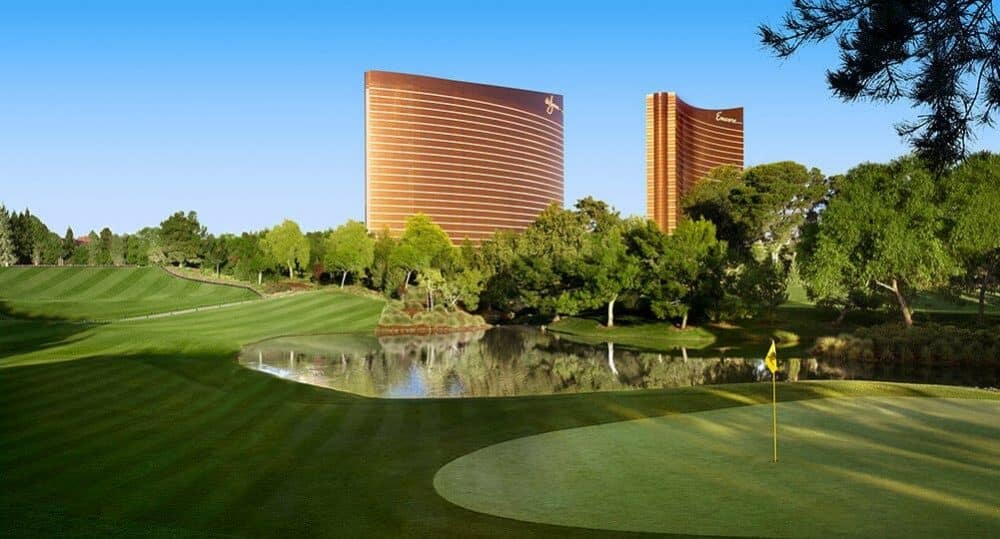 Exclusive golf is just that exclusive. As much as I believe the Wynn Golf Club wanted to be that type of club. I don’t think it was never going to happen. Wynn destroyed history and an excellent golf course that could still be here today. If not for his greed and overthinking of the game.

As much as I resent what took place from the DI

The golfer in me still wants to play the course to have that pin in my hat so to speak. Unfortunately, I don’t see it happening. With my Cabot trip coming up in just over two months. My golf budget has been stretched to the brink for 2016. With the likely scenario of me not playing the course the good news is my list of courses I haven’t played in Vegas just shrunk by one haha, but with the debut of The Summit next year I’ll be right back where I was. Fazio lives.

Have an opinion of the rise and fall of the Wynn golf course and the future Lake Wynn? Leave a comment below and let’s discuss!