Another US Open has come and gone, and yet again we’re left with some controversy.

As a fanatic, in regards to the game, I love watching golf. Be it the LPGA, The Champions Tour, The Web.com Tour or even events like the World Long Drive. I very much enjoy watching the masters of this crazy game do the fantastic things they do. And I get even more jacked up about the US Open. Especially for this last weekends open at Shinnecock Hills.

The Majors, of course, take all that excitement and passion and cram it into four days of can’t miss television. At least for me. In my opinion there cannot be enough coverage of the tournaments. Although there are some out there, who think the daily coverage leading up to the start of the tournament. I, on the other hand, believe the “Live From The…” shows are fantastic and add a lot of valuable content and history to the tournaments. I learn something new every year at each event.

The US Open is a special one because of the course rotation. Typically you’ll see a course get the tournament every ten years or so, with Pebble being the constant. Shinnecock, however, took 14 years to get a return visit from the USGA this time and unfortunately, one of the most historic, if not the most historic golf courses in the United States got bitch slapped by the governing body. 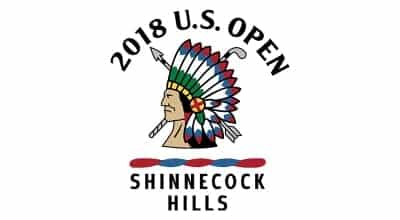 Purists, the casual fan and even bloggers like myself, all have an opinion of what took place this past weekend in South Hampton, New York. While some have years of journalism and knowledge about the game that is unmatched, I’m merely a passionate fan with an understanding of the game. My opinion in this piece may vary from yours, and I encourage the debate in the comment section below. But understand this is an opinion piece, if you don’t agree with my views, let’s debate if you do, let’s converse.

What went wrong at Shinnecock?

I think it started back in 2014 when the US Open returned to Pinehurst. The redesign brought back the original look and feel of the course, and I think that gave the powers that be at the USGA a stiffy. The following year at Chambers Bay the USGA destroyed a stunning and gorgeous Pacific North-West course and made it look like a dirt lot in the middle of Nebraska. The players were not happy and for the first time (that I can recall) they were not hesitant to speak out. 2014 FedEx Cup Champion Billy Horschel comes to mind the most.

The “toughest test in golf” is called that for a reason. It’s hard. It’s supposed to be. But there has to be a cap on the ridiculous. For as long as I can remember the US Open was punishing rough if you missed the fairways and fast greens. Not unplayable greens and a 20 man crew to find a ball that did not end up in the fairway.

Attempting to challenge the worlds best by setting up a golf course that Picasso would be impressed with is not what the US Open is about. Making the course that dry, and that fast has a negative appeal on Television as well. I know, who cares. It’s how the course plays not how it looks. Well, I disagree, partially. I know it’s important to have a challenging course, but you can achieve that and have it be appealing to the masses. I’ve been asked by at least ten people today “Why did they play the US Open on such a nasty looking course?”

What can be said about this incident that hasn’t already been said? I’ll keep my opinion short and to the point.

Phil cheated. That’s it. No matter how you look at it, what he did was against the rules. I was okay with the ruling that came out from the USGA. That was until Mickelson stated in his post-round interview that he intentionally did it so as not to have to play from where the ball ended up. That’s cheating. As much as I respect Phil for what he’s done for the game of golf, he cheated, and he did it on one of golf’s biggest stages.

Had this been Joe Blow sitting at 125th on the money list during a tournament in Puerto Rico, the player would have been DQ’d and maybe a sports center “Not Top Ten” highlight on ESPN later that evening. But this was Phil, Lefty, The Thumb; there was no way the USGA was going to boot Phil from the property. Not when thousands of people had flocked to the Hamptons to watch the Pride of New York (where that comes from I have no idea) play in their home state.

Regardless of what the USGA ruled, Phil says, or the golfer writers of America write, Phil, cheated. My issue isn’t with him hitting a moving ball, it all falls on why he hit the moving ball, and it was so he wouldn’t have to play from a spot he didn’t want to play from. If Phil would have come out Sunday morning, withdrew from and tourney and hit the road, I think I’d still have the highest level of respect for him. Now though, it’s tainted.

I can only hope that the USGA takes what happened at Shinnecock this past weekend and learns. You can’t have a national open being played on four different golf courses. Make it hard, make it tough, hell, make it frustrating to the point of losing your damn mind. But make it playable. Make it enjoyable to watch on TV and make it fair. Oakmont was a fantastic US Open when DJ won there a few years back. And that tournament even had some controversy. Tough, stunning, and a fantastic display for the world to see. That’s the US Open. Let get back to that, please.

And at least there are two more major’s this year to rid the nasty taste of what happened at Shinnecock from our memories.

In the end, trying to make Shinnecock too hard backfired, and bad. The course by Saturday afternoon became a joke. Where excellent shots were penalized, and players frustrations reached the breaking point. Let’s only hope the USGA gets their shit together over the next 11 months, and Pebble Beach is spectacular in every possible way.

Agree? Disagree? Think I nailed it, or think I’m off my rocker? Chime in below in the comments section and let’s have a debate!

Thanks for reading and thanks for following the blog!